More Living In The Material World 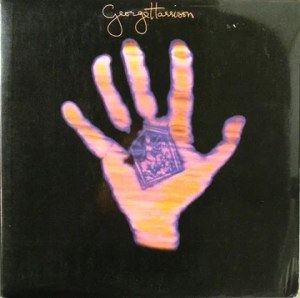 What oustanding sides such as these have to offer is not hard to hear:

What We Listen For on Living In The Material World

Give Me Love (Give Me Peace On Earth)
Sue Me, Sue You Blues
The Light That Has Lighted The World
Don’t Let Me Wait Too Long
Who Can See It
Living In The Material World

What Living in the Material World does show off far better than the earlier record, however, is Harrison’s guitar work — unlike the prior album, with its outsized contingent of musicians including Eric Clapton and Dave Mason on guitars, he’s the only axeman on Material World, and it does represent his solo playing and songwriting at something of a peak. Most notable are his blues stylings and slide playing, glimpsed on some of the later Beatles sessions but often overlooked by fans.

Even in the summer of 1973, after years of war and strife and disillusionment, some of us were still sort of looking — to borrow a phrase from a Lennon-McCartney song — or hoping to get from them something like “the word” that would make us free. And George, God love him, had the temerity to actually oblige, to the extent of painting a few signs here and there suggesting where he’d found it and where we might, all with some great playing and some laughs.