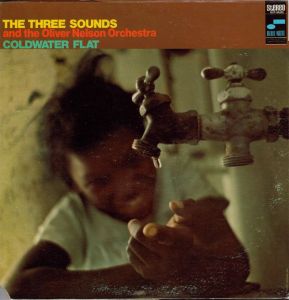 A Big Group of Musicians Needs This Kind Of Space

What We’re Listening For On Coldwater Flat

For this date, the group decided to emphasize its pop side, recording the record with the lush Oliver Nelson Orchestra and choosing to cover such pop hits as “The Look of Love” and “Last Train to Clarksville.” The closing number, “Star Trek,” is actually an original by Harris, unrelated to the TV show.

… the glossy production has its appealing moments as well, and the record does function well as pleasant background music, even if it veers too close to easy listening to be true jazz.