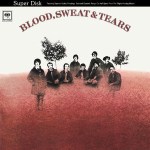 Sonic Grade: C [not sure it would rate that highly today, my guess it would not]

Back in the ’80s, I thought this DD Labs version smoked domestic copies, because the only domestic copy I had ever bought was a bad sounding one. This was many years before I came to understand that no two domestic copies were the same and that there were dozens of pressing variations.

I believe it was not until about 1990 that I heard my first Hot Stamper of BS&T. Oddly enough, those stamper numbers managed to best all comers for about the next 15 years. Now we know that although they can be awesome, there is actually another stamper that is potentially even better. It’s so good in fact that it has been awarded our Four Plus grade.

Also, we have a big advantage over our customers. I’ve been doing this for a very long time. I have a big head start on all of you. I know many stampers that are good and many that are bad. I found out the hard way. On BS&T I know exactly which copies to buy and which copies to avoid. I have literally played more than 100 copies of this record.

This is true for scores if not hundreds of other albums. Why did I bother to listen to so many different pressings? The overriding reason is because I wanted to find a better sounding version for myself.

It’s not worth the effort if it’s not music you love.

This is also the reason you will never find Hot Stamper pressings of some artists’ records on the site. I don’t like their music and I will just never make the effort to listen to enough pressings of their albums in order to find a hot one.