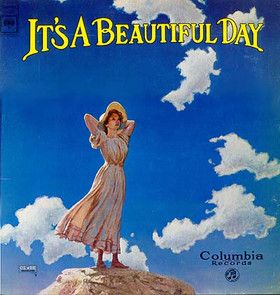 This Super Hot Stamper Red Label pressing gives you most of the 360 Label’s rich, Tubey Magical sound, and that’s saying a lot; most red label pressings of this record are absolute junk. About half of the side ones are in MONO — how about that! Who knew, right?

Just did a search and cannot find a single mention of this fact.

Seems that someone should have noticed it by now (besides us of course).

How critically can music lovers and audiophiles be listening to their records if they don’t notice such a glaringly obvious change in the sound?

Here’s what we had to say about a copy on our site a while back:

Going through our clean 360 label pressings (which aren’t cut quite as loud by the way so watch out when doing your own shootouts), we found one that was better and one that was worse. Others were just too noisy. This red label pressing was BY FAR THE BEST of the red label reissues, with A++ sound on both sides that frankly took us by surprise.

As we so often say, Who knew? Now that we’ve heard red labels that sound this good we are on the hunt! They can be found, and they’re usually not in trashed condition the way the 360s are.

Which is a shame because the music is WONDERFUL. Unlike some of their contemporaries, this band had excellent songwriting and arranging skills. This album is good from first track to last, with plenty of time set aside for those “progressive” excursions that make this such a ’60s Psych Classic.

And a mostly undiscovered audio gem too. The sound is wonderfully spacious and Three Dimensional, with tight bass and real dynamics. Of special interest to audiophiles is the vocal reproduction. La Flamme sings lead with a female doing high harmony, and the best way to describe this sound is MAGICAL.

Add to this lovely sound the added benefit of having a violin as the lead instrument and you have a record unlike any other in your collection. Take the intro to White Bird as just one example: the plucking strings you hear at the opening are not those of an acoustic guitar, but rather the pizzicato playing of a violin. These unique sonic qualities can be found everywhere on the album, making it a real treat for audiophiles and music lovers alike.

A++, tonally Right on the Money (ROTM), and about as right as this record can get. Our best 360 had slightly more space and transparency, but unless you had heard it you would be hard pressed to think it could get any better than this.

A++, with deeper bass than any 360 we played (transistor versus tube mastering chain would be my guess). Spacious and clear, just not quite as big and bold as our best 360. And very quiet, mostly Mint Minus.