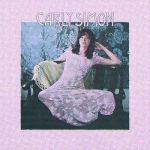 Too many copies we played erred on the hi-fi-ish side, with not enough warmth. The copies that sound clean and clear just didn’t do much for us. They weren’t able to convey the intimacy and emotion of the music.

I’m sure you’ve had a similar experience playing CDs of some of your old favorites. You keep wondering why you liked the music in the first place.

Dan, My Fling
Another Door
Reunions
Rolling Down The Hills
The Love’s Still Growing

In more recent years, William Ruhlmann, writing for Allmusic, gave the album a three and a half star rating out of a possible five, and stated “That’s the Way I’ve Always Heard It Should Be” and “Dan, My Fling”, were the stand-out tracks.

Simon stated in the Ask Carly section on her website that “Reunions” was her mother’s—Andrea Simon—favorite song of hers.