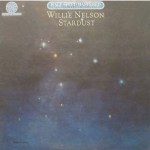 Sonic Grade: B to F, depending on the copy

This review was written many years ago, so take it for what it’s worth.

This Hot Stamper CBS Mastersound LP has the BEST SOUND we have ever heard for the half-speed of this title. It KILLED the other two CBS Audiophile Stardusts we played. If you think there’s a snowball’s chance in hell that any two records — domestic, import, audiophile, 180 gram, or otherwise — sound the same, then you simply need to do a shootout or two with records like these to be disabused of that notion.

One copy was awful; I’d have to say it’s one of the worst sounding audiophile pressings I’ve ever played. Somebody is going to buy it thinking it somehow guarantees them a higher quality pressing, and to that person I say, think again. That’s not the way it works.

This copy, on the other hand, sounds so good you’d think it was one of our hand-picked multi-hundred dollar Hot Stamper pressings. (One of them sold for $750, FYI.) It may not be the ultimate copy, but it sure sounded amazing to us. On the half-speed scale we give it Two Pluses. That’s the highest grade we’ve ever given ANY half-speed; from guys who can’t stand half-speeds as a rule, that’s high praise indeed.