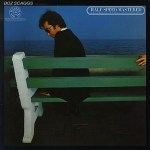 Ran across this listing from all the way back in 2005. It takes shots at Badly Half-Speed Mastered records like this awful CBS audiophile pressing of Silk Degrees, as well as the audiophiles who complained about plain old domestic pressings at the time. I should know; I was one of them. Ouch.

Old customers know that we have been relentlessly anti-audiophile-LP for years, since the early ’90s in fact, when those awful Acoustic Sounds jazz records first started coming out.

Hey, here’s a question for you. When was the last time that anybody mentioned a word about those Heavy Vinyl Disasters, badly mastered by Doug Sax with no presence and bloated bass? They’ve rather fallen from favor, have they not? I wonder why. Could it be because they were as ridiculously bad as I said they were, and it just took the rest of the world a little longer to recognize that fact? Perhaps most audiophiles are making progress. It’s just taking them a long long time.

Hot Stampers finally discovered! This is the SWEEETEST, RICHEST, MOST TONALLY CORRECT COPY I have ever heard.

This album has a long history here at Better Records. I used to complain about the CBS Half-Speeds being too bright.

The typical domestic copies were no better and usually much worse. Then Simply Vinyl did a version that was about as awful as one could imagine — so aggressive it was virtually unplayable.

But I kept buying copies of this record in the hopes that someday I would find one that sounded good. I remember playing this record when it came out in ’76 and thinking that it sounded very good. So how is it that all the copies I’m playing sound so bad, or at the very least, wrong?

Well, the answer to that question is not too complicated. When you get the right pressing, the sound is excellent.

I must have had a good one 20+ years ago, and that’s why I liked the sound. The exact same thing happened to me with both Deja Vu and Ambrosia’s first album. The copy I had picked up at random when I bought the album just happened to have Hot Stampers. (When you consider that Hot Stampers for both of those records are pretty unusual, I would say I was very lucky to get good sounding copies of those two masterpieces while everyone around me was buying crap.)

Whether Silk Degrees is music you want to listen to is the question before the house. As the old saying goes, “there is no disputing matters of taste.” Maybe Boz Scaggs is not your thing. But I can tell you this — you will have a hard time finding a better sounding copy than this one!