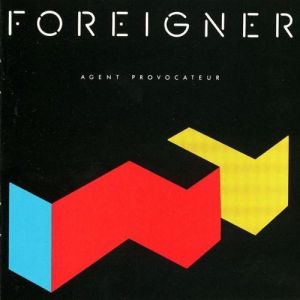 Smoother and sweeter sound with less of the grit and congestion that plagues the average copy.

More bass and tighter bass. This is fundamentally a rock record. It needs weight down low to rock the way it’s supposed to.

Many 70s bands who found great success with what we now refer to as “classic guitar rock” struggled to find their way through the 80s, as an infusion of heavy keyboard usage and New Wave musical approaches forced their way onto the “rock” scene. Foreigner definitely fit the first category, as there were few bands who enjoyed more success, as their first eight singles all charted Top 20, a feat no rock band had managed…since the Beatles! In fact, it would be difficult to find a band that had more success from 1977 to 1981 than Foreigner, as all four albums released during that time frame would chart Top 5, with the album 4 becoming the band’s first Number One album.

…Even now, more than 30 years after [Agent Provocateur] was released, I think there are several tracks that stand up pretty well with the rest of the band’s best material… The production on Agent Provocateur is decidedly 80s, with heavy emphasis on synthesizers (four different men are credited with playing synth on the record), electric drums, and other electric elements…