This nearly White Hot side two showed us just how good sounding this original Tri-Color Reprise original pressing could sound. Don’t get me wrong; they have their share of problems, but the better copies are as musical and enjoyable as many of the best Capitol releases from Sinatra’s prime period. (Most of which sound dreadful by the way, due to Capitol’s awful mastering. Just play an early Beatles album to hear what I’m talking about.)

This very side two was the most tonally correct and musically enjoyable of any second side we played. We call it A++ to A+++. (If we could find ten more clean originals we could probably come up with a Triple Plus side two, but considering how many years it took us to find the copies we had on hand to do our shootout, that is probably not in the cards.)

Check out the great material on the album, with lively, fun (even goofy) arrangements by Neil Hefti: Goody Goody; They Can’t Take That Away from Me; I’m Beginning to See the Light; I Get a Kick Out of You; Tangerine; Serenade in Blue. This is the kind of material Sinatra can really sink his teeth into! END_OF_DOCUMENT_TOKEN_TO_BE_REPLACED

Another in our series of Home Audio Exercises with specific advice on What to Listen For (WTLF) as you go about critically evaluating your copies of Bread.

We heard a lot of copies that were opaque, smeary and dull up top, so the trick for us (and for those of you doing your own shootouts) is to find a copy with the resolving power and transparency that will cut through the thickness. END_OF_DOCUMENT_TOKEN_TO_BE_REPLACED Let me ask you one question. If so many of the current labels making 180 gram reissues are using the real master tapes — the real two-track stereo masters, not dubs, not cutting masters, not high-resolution digital copies, but the real thing — then why do so many of their records sound so bad?

If you’re honest you’ll say “I Don’t Know…” because, and here I want you to trust me on this, you don’t know. I don’t know either. Nobody does.

Records are mysterious. Their mysteries are many and deep. If you don’t know that you clearly haven’t spent much time with them, or don’t have a very revealing stereo, or don’t listen critically, or something else, god knows what. 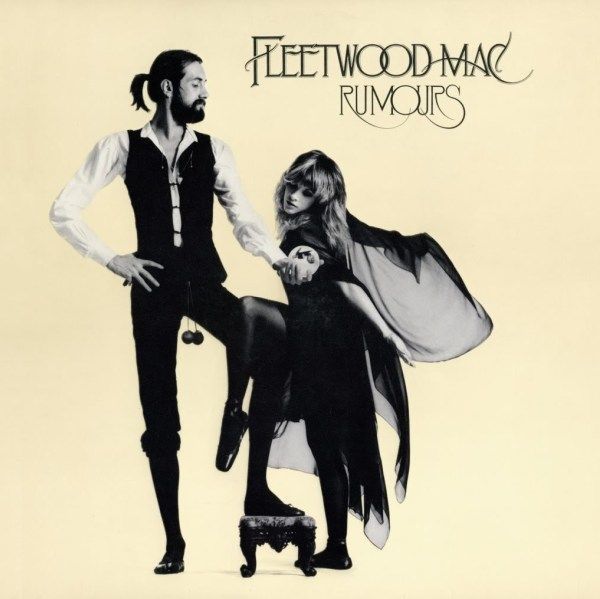 So I played the Nautilus and quickly remembered what a piece of sonic detritus this thing is. How can audiophile labels like Nautilus put out something that is as thin, bright, flat, and compresssed as this thing is? It obviously reinforces your point that most audiophiles are lemmings when it comes to audiophile records. If some audiophile guru said the Japanese pressing of Girl Scout Troup #657 singing the Girl Scout Theme Song was sonic nirvana, it would show up on every internet record website for $50 each.

Roger, thanks as always for the insightful review. The sad fact of the matter is that the Nautilus Digitally Remastered Half Speed — Yes, you heard that right — is actually better than the average reissue, and probably better in most ways than the average grainy domestic original, which is pretty much unbearably edgy and gritty, especially if it hasn’t been cleaned right. END_OF_DOCUMENT_TOKEN_TO_BE_REPLACED

One of the best Half Speed Mastered Records we have ever played.

In our recent shootout we were shocked — shocked — to hear how good our old copy of Diamonds and Rust on Nautilus sounded head to head against the best first pressings. Hard to believe, but it actually beat every one.

If I hadn’t heard it with my own two ears I wouldn’t have believed it.

Play Jesse on side two to hear the lovely space of the studio, as well as more harmonic extension on the acoustic instruments. Watch out for track two; the EQ on the vocal is always a problem. END_OF_DOCUMENT_TOKEN_TO_BE_REPLACED

A Hall of Shame pressing and another Audio Fidelity / DCC LP debunked.

A distinguished member of the  Better Records Rock and Pop Hall of Fame.

As you probably know, I own superb copies of the stereo. They both fade into pastel in comparison with this mono. END_OF_DOCUMENT_TOKEN_TO_BE_REPLACED

Have you been wondering when some amazing sounding Hot Stamper vinyl from The Chairman Of The Board was going to hit the site? Folks, TODAY IS THAT DAY! It is beyond tough to find amazing sounding (and quiet) copies of any of Sinatra’s albums, but we managed to find some STUNNING copies of this lovely album, one that earned Five Big Stars in the venerable All Music Guide.

We have paired up an A+++ As Good As It Gets side one with another copy that contains an equally impressive Triple Plus side two to give you the ULTIMATE September Of My Years White Hot Stamper set. Both White Hot sides play a solid Mint Minus, giving you wonderful sound and quiet vinyl for this male vocal classic.

Most copies suffer from a serious lack of immediacy, and what fun is that? Hot Stamper copies put Frank right up front, with the presence needed to carry his vocals out in front of the orchestra. Even the copies that get the voice right often run into problems with the orchestra, but these A+++ sides get just about EVERYTHING right. The overall sound is rich, lush and warm with astonishing clarity and transparency.

We want to give a special shoutout here to conductor/arranger Gordon Jenkins, who also handled the same duties very capably on Nilsson’s great A Little Touch Of Schmillson In The Night, another male vocal album that can sound amazing and deserves a place in any collection. END_OF_DOCUMENT_TOKEN_TO_BE_REPLACED

This stereo pressing has SUPER HOT stamper sound on both sides, which means it was one of the best copies in our recent shootout, the first we’ve done since 2006 (!).

Folks, when we say that clean, good sounding Sinatra records are hard to come by, we are not kidding. It took us five years to find enough copies of this title to do a proper shootout. In that time an awful lot of bad LPs passed passed through our hands: the monos (never heard a good one), the reissues (ditto), imports, and, most commonly, original stereo pressings in beat-to-death condition. People loved Sinatra and played his records until the grooves were gone.

For audiophiles, the amount of effort that went into the recording, effort that actually paid off, is what will impress the most about The Concert Sinatra. The 73 musicians you see stretched out across the soundstage at Samual Goldwyn Studios behind Sinatra will give you some idea of the size and scope of the sound. With 24 mics feeding 8 tracks of 35MM recording film, this was the sonic equivalent of Gone With the Wind. No expense or effort was spared.

Ah, but how much of that sound made it to the record itself, that’s always the rub with records isn’t it?

In this case, plenty. There may be a touch of smear (you can most easily hear it in the strings) but the sound is so RICH and Tubey Magical that you will barely be aware it. Your attention should instead be focused on the superb feel the man has for this music.

One thing to pay special attention to, especially if you have other copies of the album, is that Sinatra’s voice on both sides of this pressing always sounds natural even at its loudest. There is no strain or hardness. That, among many other things, is what separates the best copies from the also-rans (and, of course, all the reissues, which tend to have gritty, harsh vocals which quickly get unbearably edgy in the louder parts). END_OF_DOCUMENT_TOKEN_TO_BE_REPLACED