Last night I listened to my 2015 Mobile Fidelity 45 RPM pressing. I couldn’t get through the first cut. Closed, muffled and flat as a pancake. No life or energy whatsoever.

Agreed. My notes for their pressing read:

Not a bad sound but it’s not right. (A real understatement, that.)

Someday My Prince Will Come 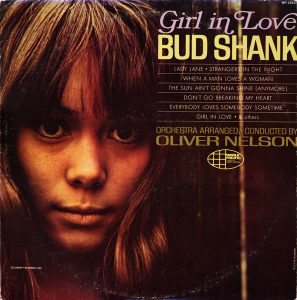 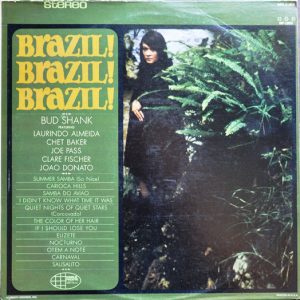 Not sure about the last one…

I am sure that none of these three records is worth owning. The sound is at best mediocre, as is the music.

Does the Audio World really need another Heavy Vinyl Debunking entry from us? If Heavy Vinyl pressings are giving you the sound you want, you sure don’t need to be on our site. Those sacred cows get slaughtered pretty regularly around here. END_OF_DOCUMENT_TOKEN_TO_BE_REPLACED

Probably more than ten years ago we had written

The famous TAS list recording. The Decca 180 gram version is very good, but those of you who appreciate the qualities of the original mastering will want to have this one.

We played three or four copies of the album recently and none of them quite worked for us.  The sound was a bit opaque, and not as tubey as we would have liked.

A good record, not a great one, and for that reason really not worth cleaning up and doing a shootout for.  The best copy would not pay for the labor to find it.

We haven’t played a copy of this record in more than a decade, maybe two decades, but back in the day we liked it, so let’s call it a “B-” with the caveat that the older the review, the more likely we are to see things differently now.

In the early 2000s we wrote this review:

This is a SURPRISINGLY good sounding Nautilus Half-Speed mastered LP with AMAZING transparency. The sound here is DRAMATICALLY more natural than your average audiophile pressing. Just listen to the phony top end found on most MoFis to see what we mean. On this record you’ll hear none of the hyped-up highs that are MoFi’s claim to fame.

This Nautilus is sure to destroy a typical American pressing, which will tend to sound opaque, thick and dull. This wouldn’t really match up to our Hottest Stampers but you could sure do a lot worse. Although it’s a tad fat at the bottom, it still retains much of the warmth and richness found on the best copies.

But who knows? We could find something even better down the road. That’s what shootouts are for. END_OF_DOCUMENT_TOKEN_TO_BE_REPLACED

Warner Brothers remastered Fandango in 2008, so we took some domestic pressings and put them up against their Heavy Vinyl LP. The results were mixed; most of our originals pressings were lackluster, many were noisy, and we just weren’t hearing anything with the sound we thought deserved to be called a Hot Stamper.

We shelved the project for another day. In the interim we kept buying domestic pressings — originals and reissues — in the hopes that something good would come our way.

Fast forward four years. It’s 2015. We drop the needle on a random pressing and finally — finally — hear a copy that rocks like we knew a ZZ Top album should. With that LP as a benchmark we got a shootout up and running and the result is the record you see here.

How did the WB remaster fare once we had some truly Hot Stamper pressings to play it against?

Not well. It’s tonally correct, with a real top and bottom, something that a substantial number of copies cannot claim to be.

But the sound is stuck behind the speakers, veiled, and sorely lacking in energy and excitement. The transparency is of course compromised on all these new reissues, and without transparency and resolution much of the audience participation on the first side is lost. I won’t say the new pressing is boring. Let’s just say it’s a lot more boring than it should be. END_OF_DOCUMENT_TOKEN_TO_BE_REPLACED

As I was playing this record many years ago, maybe by about the fifth or sixth song it occurred to me that I hadn’t been hearing the spit that I was used to from my MoFi LP. You don’t notice it when it’s not there. But your MoFi sure has a bad case of spitty vocals. If you never noticed them before, you will now. END_OF_DOCUMENT_TOKEN_TO_BE_REPLACED

This is a very early stereo recording, which means it is spacious and open, with little spotlighting. But what is especially memorable is the choice of material, with a few of the more obscure overtures really brought to life here, such as the opening piece by Adam on side one: Si j’etais roi. Although not long, every second is packed with color and energy, exactly what a good overture needs. And it even has a glockenspiel! How can you go wrong?

When we did a shootout for this record way back in October of 2007 we took the opportunity to play the Classic Records 200 gram pressing. Maybe we got a bad one, who knows, but that record did not sound remotely as good as the real thing (6 eye or 360, both can be quite good). The piano sounded thin and hard, which was quite unexpected given the fact that we used to consider the Classic LP one of their few winners and actually recommended it.

As we said in our shootout: “We dropped the needle on the Classic reissue to see how it stacked up against a serious pressing. Suffice it to say, the real Time Out magic isn’t going to be found on any heavy vinyl reissue!”