Mike Chapman produced this album and clearly he is an audiophile production genius. With a pair of Number One charting, amazing sounding Pop albums back to back — Blondie’s Parallel Lines in 1978 and this album early the next year — how much better could he get? The answer is: None more better. END_OF_DOCUMENT_TOKEN_TO_BE_REPLACED In 2014 somebody on the Hoffman forum tried to get a Hot Stamper thread going under this heading:

If you have a “hot stamper” record – one that smokes and takes no prisoners, I mean a BADASS pressing, show it here with matrix info, label or other identifying features so we can all hunt with a bit of a head-start.

I know these records are out there, just looking for a place to show off their analog glory.

We know the record well. If it sounds the way the copies we played over the years have sounded, we would say it can be good, not great, and if it qualified for Hot Stamper status, it might — might — earn a plus and a half or so.

We don’t even bother to pick them up for cheap nowadays, if that tells you anything.

He got very little support in his endeavor. The thread closed after a while with practically nothing in it.

Could it be that the folks on the Hoffman forum have a poor grasp of the amount of effort, time and money it takes to find Hot Stampers and, having committed to neither the effort, the time nor the money, find that they have nothing of any value to contribute to this list?

Yes, that could be. That definitely could be. Thank god it doesn’t keep them from criticizing those of us who, working in concert with a staff of ten or so, have devoted ourselves to the task and found them by the thousands.

By the way, we know that Traffic title ver well. The Pink Label original is by far the best pressing in our experience. No copy we have ever heard on the label promoted by this poster would qualify as much more than a bargain Hot Stamper in comparison to the Pink Label and Pink Rim label pressings that we sell, although of course not having heard his copy we can’t say it’s not fabulous.  It’s just not very likely to be fabulous. If you want fabulous click on these two links:

And here we discuss with the forum posters as a rule do not understand:

END_OF_DOCUMENT_TOKEN_TO_BE_REPLACED 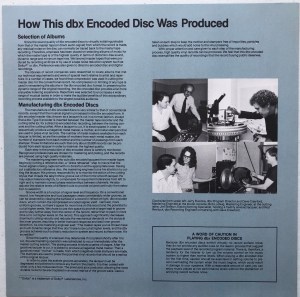 END_OF_DOCUMENT_TOKEN_TO_BE_REPLACED

Most the Best Prints of Vinyl Albums Available Now!

Years ago we were contacted by a Russian reporter who wanted to do a story on Better Records and our Hot Stampers. How could we possibly turn down the chance to spread the word to our liberated friends on the other side of the world about these amazing sounding pressings? Note that the key feature of the article is how high the prices are. This is apparently big news in Russia, yes? The full newspaper page shows three records, each of which is many hundreds of dollars. Crazy Americans? Maybe so, but we say put that on your revolving object and spin it if you don’t believe these are the most musical records. You will see that each cent spent for them is justified.

If still one week ago you I am ready to give the sum for well written down vinylic disk, I, perhaps, have stopped on fifty dollars. The price reissue disks in the catalogue of Company Acousticsunds.com is those at the maximum. But in the same catalogue there are disks and on 20 dollars.

Purchase of disks – not cheap pleasure. But who has told, what the illness, known to us as “audiophilia” – for those who wishes to save? What component of a stereosystem take, fluctuations in the price – thousand dollars. It is possible to get a revolving object both for 500 dollars, and for 50 thousand Difference – hundredfold, thus, I assure you, what is also more dear what for, to limit the most valuable component of a stereosystem – the most musical record?

Recently I have learned, that there are records which cost in tens times more expensively. They for elites, and these elites approve, that each cent spent for them is justified.

It is a question of Californian company Better Records which main goods – Hot Stampers, Is a plate which correspond to the highest requirements of sounding.

[words missing in newspaper scan]… a way – to hear to it. You can trust only to the ears, instead of all those advertising labels which today decorate disks for audiophiles.

– Means, you listen to each disk which you then sell as hot-stamper?
– Only so.

– How many at you leaves on it of time?
– It is enough to hear to 10 seconds to define its quality. If it sounds well – we put aside it. Then we listen to it more closely and we estimate according to ours and after a sink [I think this means record cleaning] will be huge. Therefore the machine for a sink of disks also costs thousand dollars! END_OF_DOCUMENT_TOKEN_TO_BE_REPLACED

Here is the article

Here is a link to the video itself.

“Do they like music? Or are they in love with equipment?”

A 1959 film called ‘Hi-Fi-Fo-Fum’ purports to reveal the burgeoning audiophile scene, with more than a little tongue-in-cheek humour for good measure.

“There is a man in Wimbledon who will go on adding to his equipment until he can hear the sigh of the conductor as the piccolo misses its entry,” says the introduction. He sounds like our kind of man.

“Is it a religion or a disease? An American psychiatrist calls it ‘audiophilia'”, reveals the voiceover, as men – and it’s largely men – shuffle in and out of hi-fi shops before rushing home for earnest listening sessions. It was ever thus.

“Do they like music? Or are they in love with equipment?”, wonders our narrator, as one excited punter buys a new tweeter for “6 pound 4 pence”.

And while much has changed – you don’t see many shops with individual listening booths nowadays – much has stayed the same. “A dream of perfection… of machines more sensitive than the ears they play to,” reminds us that arguments about audio frequencies that the human ear can’t hear are nothing new.

The video also shows the early music critic. “With a dozen different recordings of every work, how do we find the best?” wonders the voiceover. “Rely on the critic, nothing escapes him,” comes the reply.

His verdict? “Comparisons are odious but inevitable…” Well, quite. 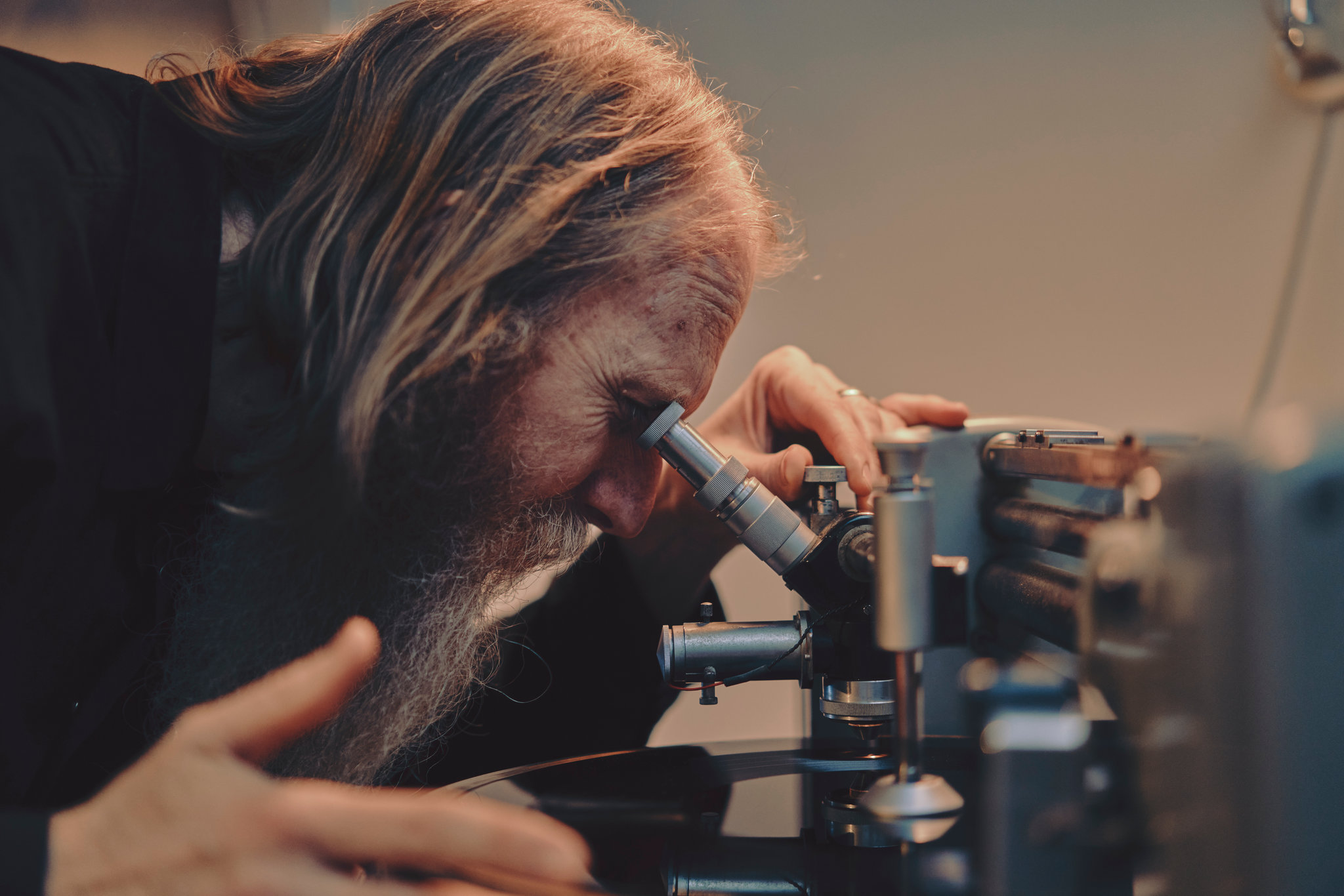 Presenting the poster boy for the Dunning-Kruger effect, a man who fancies himself an audiophile/mastering engineer.

He’s a mastering engineer in the same sense that a person who makes mud pies is a piemaker.

I have not played any of his classical albums. I have in fact only played one title, a jazz record I happen to know well, and his remastered version is no better than the other records that get an F grade for sound and find a home in our Bad Sounding Audiophile Records Section.

An extract from Steven Novella’s explanation of this psychological effect gives some background:

Dunning summarizes the effect as:

“What’s curious is that, in many cases, incompetence does not leave people disoriented, perplexed, or cautious. Instead, the incompetent are often blessed with an inappropriate confidence, buoyed by something that feels to them like knowledge.”

END_OF_DOCUMENT_TOKEN_TO_BE_REPLACED

There is an active thread on Audiogon discussing Hot Stampers:

A few customers made the case for some of the Hot Stamper pressings they own
and, this time, for the first time in the history of the world wide web, none of them
were mercilessly attacked for their iconoclasm. END_OF_DOCUMENT_TOKEN_TO_BE_REPLACED