Yet another Half Speed of questionable sound quality.

Back in the ’80s I thought this DD Labs version smoked domestic copies, because the only domestic copy I had ever bought was a bad sounding one. This was many years before I came to understand that no two domestic copies were the same and that there were dozens of pressing variations. I believe it was not until about 1990 that I heard my first Hot Stamper of BS&T. Oddly enough, those stamper numbers managed to best all comers for about the next 15 years. Now we know they can be awesome, but there is actually another stamper that is potentially even better. It’s so good in fact that it has been awarded our Four Plus grade.

Also, I have a big advantage over my customers. I’ve been doing this for a very long time. I have a big head start on all of you. I know many stampers that are good and many that are bad. I found out the hard way. On BS&T I know exactly which copies to buy and which copies to avoid. I have literally heard more than 100 copies of this record.

This is true for scores if not hundreds of other albums. Why did I bother to listen to so many different pressings? The overridng reason is because I wanted to find a better sounding version for myself. It’s not worth the effort if it’s not music you love. This is also the reason you will never find Hot Stamper pressings of some artists’ records on the site. I don’t like their music and I will just never make the effort to listen to enough pressings to find the hot one.

We’ve combined our two best half-speed mastered SuperDisk pressings to give you Super Hot sound for both sides. Of all the half-speed versions we had here, two of them each had one amazing side.

It took us a long time to build up enough copies to get this shootout rockin’, a fact that anyone who has ever sought out a copy of this album will certainly understand. Clean originals just aren’t hanging around in the bins, and when you do find one it usually costs a pretty penny. Add on the fact that most copies just don’t sound all that hot and you can forgive us for thinking that we might never list a Hot Stamper copy again. END_OF_DOCUMENT_TOKEN_TO_BE_REPLACED

More A Cut Above

This Direct Disk Labs Double LP is an exceptionally WELL-RECORDED Direct-to-Disc. The bass is punchy, the piano sounds tonally Right On The Money (ROTM) and the overall sound is lively and immediate. It’s one of the better sounding Direct-to-Discs we’ve played lately.

The music goes nowhere however, hence the grade.

Another Half Speed Mastered Record that belongs in our Hall of Shame.

The Direct Disk Labs half-speed here is thick, compressed and lifeless, though fairly rich. You could do worse I suppose, but too much of the life of the music will be lost when playing their poorly remastered pressing.  Did they have a good British tape to work with? It doesn’t sound like it.

2 Hall of Shame entries and two more Half Speeds debunked.

In truth we did not actually have a copy of the MoFi handy for this shootout, but in our defense let us just say that we’ve heard their pressing many times over the course of the last twenty years. It’s better than the DD Labs version but not good enough for me to want to play it — compressed and sucked-out like practically every record they ever made, just not as badly as the DD Labs version. END_OF_DOCUMENT_TOKEN_TO_BE_REPLACED 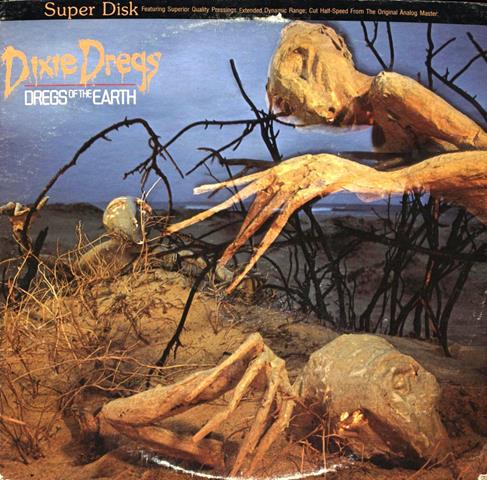 I’d always preferred the famously rare Half-Speed to the domestic copies I had auditioned back in the day, until now of course.

Now, with changes to the stereo and better cleaning techniques and all the rest, that half-speed’s weaknesses are on display for all to hear. Where is the rock ’em, sock ’em bottom end that the best originals have? It’s gone!

Yes, the smeary veiled quality of the typical original pressing is gone too, which is why I used to like the DD Labs version better. It’s simply another case of a good Half-Speed beating a bad domestic pressing, and in turn being beaten (soundly) by The Real Thing, the kind of record we like to call a Hot Stamper.