One of our good customers had this to say about a Hot Stamper pressing he purchased recently:

I couldn’t believe what I was hearing on the Crosby Still, Nash & Young Deja Vu White Hot stamper A+++ on both sides and absolutely dead quiet. I think It’s a bargain at $800.00. It absolutely trashes my Mofi version into bits and pieces. I don’t even want to mention the Classic records version because it’s painful to listen to. I’m writing up this record today and the Frank Sinatra and Count Basie Live at the Sands tomorrow.

The Heavy Vinyl and Half-Speed Mastered pressings of Deja Vu are, as you say, practically unlistenable once you know what that record should really sound like, and now that you have a Hot Stamper pressing, you definitely know just how good the record can sound. Demo Disc barely begins to do it justice.

Hey, I was fooled back in the mid-’80s – I used to demonstrate my system with the MoFi Deja Vu! How screwed up is that?

Let’s just say we have made a lot of progress in audio since then. We’ve learned a great deal about record collecting too, practically all of it derived from the thousands of shootouts we’ve conducted over the last twenty years, using tens of thousands of different pressings.

Back in the day we noted that: “This is one of the best Billie Holiday records around” and we provisionally stand by that statement.

By the way, we have never had a Hot Stamper pressing of the album on the site because we simply cannot find enough clean copies with which to do a shootout!

For thirty bucks the price of this Heavy Vinyl pressing has to be seen as a bargain. END_OF_DOCUMENT_TOKEN_TO_BE_REPLACED

Below is a link to a comparison Robert carried out with various pressings of Led Zeppelin III.

was an awful record label from day one. The link above will take you to some of our reviews of their rock records.

We also have sections for their jazz and classical offerings.

Does the Audio World really need another Heavy Vinyl Debunking entry from us? If Heavy Vinyl pressings are giving you the sound you want, you sure don’t need to be on our site. Those sacred cows get slaughtered pretty regularly around here. END_OF_DOCUMENT_TOKEN_TO_BE_REPLACED

Ridiculously bright and harsh, nothing like the good pressings we sell (German don’t you know).

We are proud to say this was one of the Classic Zep releases that we never carried on the site (along with II and Houses, both of which stink).

You will find very few critics of the Classic Zep LPs outside of those who write for this very website, and even we used to recommend three of the Zep titles on Classic: Led Zeppelin I, IV and Presence.

Since then we’ve made it a point to create debunking commentaries for some of the Classic Zeps, a public service of Better Records. We don’t actually like any of them now, although the first album is by far the best of the bunch.

This is a very nice looking original Track Black Label British Import LP. As anyone who knows the Who’s back catalog can attest, most of these songs were poorly recorded. Like all compilations, the sound here varies from track to track. Side two definitely has the better sound.

We guarantee that this pressing sounds better than the Classic reissue, which was so bad we never carried it.

Bucket “t”
I’m a Boy
Pictures of Lily
Doctor! Doctor!
I Can See for Miles
Substitute
Happy Jack
The Last Time
In the City
Call Me Lightning
Mary Anne with the Shaky Hand
Dogs 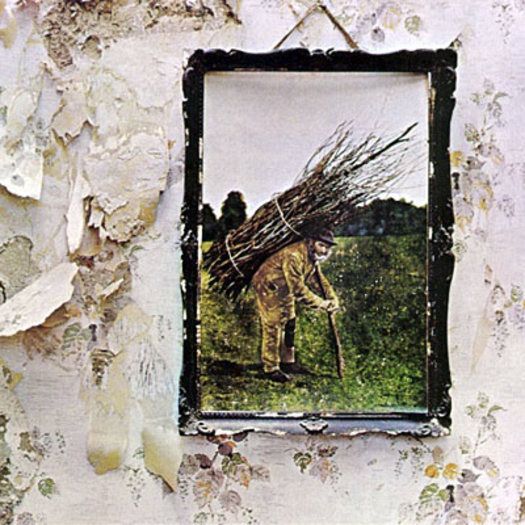 The Classic 200 Gram Pressing — Dead as a Doornail

It wasn’t that long ago that I thought the Classic 200 gram pressing was the king on this title. In late 2006 I wrote: “You can hear how much cleaner and more correct the mastering is right away…” Folks, I must have been out of my mind.

I wasn’t out of my mind. I just hadn’t gotten my system to the place where it needed to be to allow the better original pressings to sound their best. END_OF_DOCUMENT_TOKEN_TO_BE_REPLACED Some reviewers loved it, we of course hated it, so what else is new? If you think this record sounds good, one thing is certain: you don’t own many — or any — good sounding Neil Young records.

The average Neil Young record, like the average record by anyone else you care to name, is nothing special. Why should it be? But that certainly doesn’t excuse Classic Records’ release of this dead-as-a-doornail hack job.

The sound of the Classic vinyl barely passes the laugh test. What does it tell you when Neil Young’s CDs (Harvest in particular) sound better than this record in every way? END_OF_DOCUMENT_TOKEN_TO_BE_REPLACED

Another addition to our Hall of Shame from one of our favorite whipping boys here at Better Records, the late but hardly lamented Classic Records.

Bernie Grundman’s mastering approach for the first PG album is a disaster — brighter and cleaner, which turns out to be precisely the wrong sound for the music.