We’ve been trying to find killer copies of Night Moves for ages but it is not easy. Most copies out there are thin and dry, which is no way to hear these classic ’70s tracks. We brought in copy after copy that made us think, “I swear this sounds better on the radio!”

Finally, after pulling together a ton of copies from different eras, we started to realize that there were indeed vinyl pressings of Night Moves that sounded right… but they are few and far between, the exception and not the rule so to speak. Here’s a copy with an excellent side one and a killer side two — the first Hot copy of a Bob Seger album to EVER hit the site.

Mobile Fidelity did a version of this album that was so bright we found it not just hard to enjoy but actually hard to listen to. The typical domestic pressing ain’t much better but I’ll take boring, dry sound over the aggressive MoFi approach any day. END_OF_DOCUMENT_TOKEN_TO_BE_REPLACED

And most Heavy Vinyl today is every bit as bad, with boosted bass and overly smooth upper mids. Tune your system to that crap and you will be in the same predicament down the road if you ever get your stereo working right.

Those copies showed us a Leftoverture we didn’t know existed and gave us a goal to shoot for with all the other copies we played. After hearing such a truly killer copy we often go back and downgrade the ratings for the copies we thought were the best. Such is the way with these shootouts. END_OF_DOCUMENT_TOKEN_TO_BE_REPLACED

EMI and Simply Vinyl both released Heavy Vinyl versions of the album with little sonic success. I remember being underwhelmed by the Simply Vinyl version, the perfect example of the smeary sub-gen sound you get when a record is made from a dub tape. The EMI 180 was brighter and thinner and every bit as wrong in its own way. Choosing among them would have been difficult. The best choice: none of the above.

As is so often the case, the Heavy Vinyl Reissues are simply a disgrace.

Two words: compressed muck (like most domestic pressings, to be fair).

I became a giant fan of this album the moment I heard it, but I always felt that the sound of my old original left something to be desired. So many copies are thick and lifeless; the music wants to cook but the sound seems to be holding it back.

And like an idiot I’m sure I had traded my original domestic pressing in for the MoFi when it came out in the early ’80s, the kind of dumbass audiophile move I discuss in the commentary Audiophilia 101: What Kind of Fool Was I?

As previously noted, the MoFi, one of those Jack Hunt turgid muckfests (check out City to City #058 for the ultimate in murky MoFi sound), is incapable of conveying anything resembling the kind of clean, clear, oh-so-radio-friendly pop rock sound that Mike Chapman and the band were aiming for.

The recording has copious amounts of Analog Richness and Fullness to start with. Adding more is not an improvement; in fact it’s positively ruinous.

A Hall of Shame pressing and another Half-Speed Mastered Audiophile Pressing Debunked.

The Half-Speed is pretty — pretty lifeless if you ask me, in the way that so many Half-Speed mastered records are. It’s cut very clean, but until you play a good A&M pressing, you don’t know how much meat has been stripped from the bones. The best A&M pressings sound like a Rudy Van Gelder recording, which, of course, they are.

2 Hall of Shame entries and two more Half Speeds debunked.

In truth we did not actually have a copy of the MoFi handy for this shootout, but in our defense let us just say that we’ve heard their pressing many times over the course of the last twenty years. It’s better than the DD Labs version but not good enough for me to want to play it — compressed and sucked-out like practically every record they ever made, just not as badly as the DD Labs version.

The most obvious problems with the sound of this album are ones common to many if not most rock records of the era: lack of presence, too much compression, smear, lack of weight from the lower mids on down — we hear lots of Classic Rock records with this litany of shortcomings. But it’s not the fault of the master tape, it’s probably not even the fault of the mastering engineer most of the time. It’s just plain bad pressing quality. The sound simply doesn’t get stamped onto the vinyl right and the result is one or more of the problems above. And if you don’t know how to clean your records properly, forget it, you have virtually no chance of hearing good sound on GYBR. 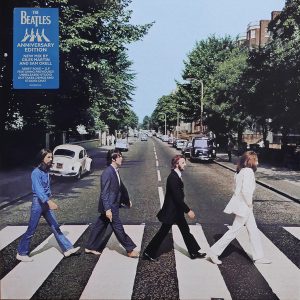 The half-speed mastered remixed Abbey Road has to be one of the worst sounding Beatles records we have ever had the displeasure to play. Hard to imagine you could make Abbey Road sound any worse. It’s absolutely disgraceful.

I will be writing more about its specific shortcomings down the road, but for now let this serve as a warning that you are throwing your money away if you buy this newly remixed LP.

And to think we used to actually like the sound of the Nautilus pressings! They suffer from all the same shortcomings other Nautilus and similar half-speeds suffer from: the kind of pretty but lifeless and oh-so-boring sound that we describe in listing after listing.

Three of the Best, Or So We Thought

I just did shootouts with three of the best Nautilus Half-Speeds: Heart, The Police’s Ghost in the Machine, and Little Feat. None of them sound like the real thing, and especially disappointing was one of my former favorites, the Little Feat album.

On the title track the Nautilus is amazingly transparent and sweet sounding. There are no real dynamics or bass on that track, so the “pretty” half-speed does what it does best and shines. But all the other tracks suck in exactly the same way Night and Day does. Cutting the balls off Little Feat is not my idea of hi-fidelity.

We put audiophile beaters up for sale every week. Each and every one of them is a lesson on what makes one record sound better than another. If you want a wall full of good sounding records, we can help you make it happen. In fact it will be our pleasure. Down with audiophile junk and up with Better Records. END_OF_DOCUMENT_TOKEN_TO_BE_REPLACED

The Doors first album is yet another obvious example of MoFi’s predilection for a sucked-out midrange.

Scooping out the middle of the midrange has the effect of creating an artificial sense of depth where none belongs. Play any original Bruce Botnick engineered album by Love or The Doors and you will notice immediately that the vocals are front and center.

When the DCC Doors first album was released on vinyl we noted that the vocals were finally back where they belonged. After having lived with the MoFi for so many years we’d almost forgotten. And now of course we can’t tolerate the smear and opacity of the DCC. We like to think we’re simply setting higher standards these days.

The midrange suckout effect is easily reproducible in your very own listening room. Pull your speakers farther out into the room, and also farther apart, and you can get that MoFi sound on every record you play. I’ve been hearing it in the various audiophile systems I’ve been exposed to for many years.

And note also that when you play your records too softly it results in an exaggerated, artificial sense of depth.

That’s one of the main reasons we play them loud; we want to hear which pressings have real presence and immediacy. They’re the ones that are most likely to win our shootouts. If you have any of our killer Hot stampers you surely know what I’m talking about.

Another Half Speed Mastered Record that belongs in our Hall of Shame.

The Direct Disk Labs half-speed here is thick, compressed and lifeless, though fairly rich. You could do worse I suppose, but too much of the life of the music will be lost when playing their poorly remastered pressing.

Did they have a good British tape to work with? It doesn’t sound like it.