ENERGY is the key element missing from the average copy, but not on this bad boy (or girl if you prefer). The electric guitars are super Tubey Magical and the bass is solid and punchy.

Few other copies had this combination of openness and transparency on the one hand, and full, rich tonality on the other. END_OF_DOCUMENT_TOKEN_TO_BE_REPLACED

It’s not that most copies of 5th sound bad; it’s that most of them just sound like old records — thick, dull, opaque, smeary, closed-in, two-dimensional, lifeless and boring.

Couple that with improved listening skills and before long the average old record starts to sound a lot more average than you wish it did. Even today’s better pot can’t fix the problems of most vintage pressings (or the Heavy Vinyl and CD reissues which are two of the biggest jokes ever played on the audiophile public).

But we can fix the problems — well, not really: we’re just finding the copies that managed to be mastered and pressed without the problems — and our Hot Stampers are 100% legal to boot! END_OF_DOCUMENT_TOKEN_TO_BE_REPLACED

As is usually the case with our 2-packs, the killer sides are each backed with something much more typical, so you don’t have to take our word for how bad the average pressing is — you can just flip the record over and hear it for yourself. Of course, if you don’t have time to listen to mediocre sounding records you can stick with the killer sides and leave the tedium of hearing bad sound to us. END_OF_DOCUMENT_TOKEN_TO_BE_REPLACED 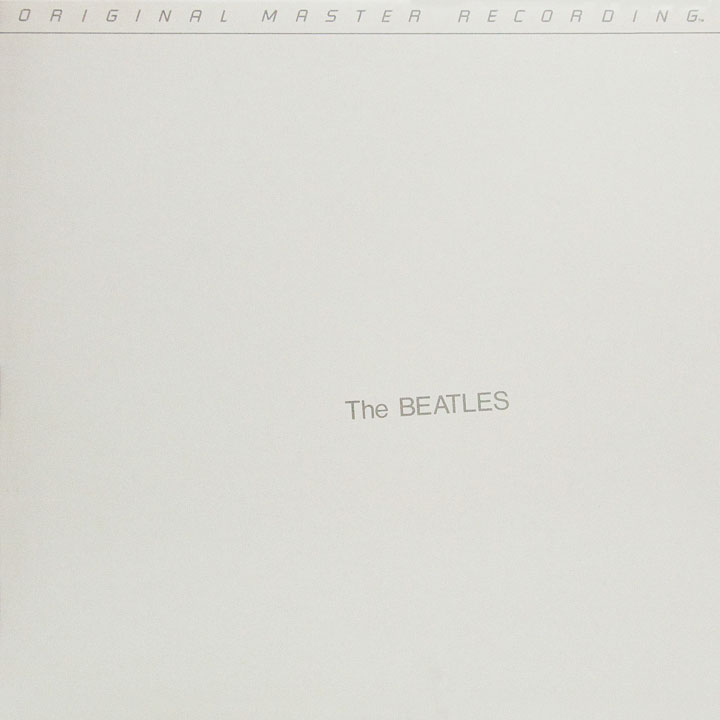 The EQ for this song is also a good example of something The Beatles were experimenting with, as detailed in their recording sessions and interviews with the engineers. They were pushing the boundaries of normal EQ, of how much bass and treble a track could have. This track has seriously boosted bass, way too much, but somehow it works!
END_OF_DOCUMENT_TOKEN_TO_BE_REPLACED

I once adjusted my anti-skate while playing this very album, at the time dialing it in to a “T”. Over the years I’ve found that the best test for fine anti-skate adjustment is massed strings, and not just at the end of a side but right at the beginning too.

When you have all the rosiny texture, the high-end harmonic extension, the least shrillness and the widest and deepest staging, you are there, assuming that tracking weight, azimuth and VTA are correct as well.

Four variables to mess with is admittedly a bitch, but having the right record to test with is absolutely critical as well. Maybe we should call it five variables.

And if I only had one record to bring to someone’s house in order to evaluate their equipment, this would certainly be a top choice. If you can make this record sound the way it should, your stereo is cookin’. If you are having problems, this record will show them to you in short order. END_OF_DOCUMENT_TOKEN_TO_BE_REPLACED

What to listen for on this album? That’s easy: The all-too-common ’70s EMI harshness and shrillness. We could never understand why audiophiles revered EMI as a label the way they did back the day. I chalk it up — as I do most of the mistaken judgments audiophiles tend to make about the sound of records, my own judgments included — to the limitations of the equipment, bad setups, bad rooms and poor record cleaning.

If you had vintage tube equipment back in the ’70s — McIntosh, Marantz, etc. (I myself had an Audio Research SP3-A1 and a D-75a, later a D-76a) — the flaws heard on most copies of this record wouldn’t be nearly as offensive as they are to those of us playing them on the much more revealing systems that are possible today.

Working in unfathomably complicated and unpredictable combination, today’s modern systems, painstakingly set up and tweaked through trial and error, in heavily treated rooms, using only records that have been subjected to the most advanced cleaning technologies — these are what make it possible to know what your records really sound like.

These are what make it possible for us to do our job. You, of course, have the option of hearing our records any way you like on your system and in your room. The cleaning and evaluation of the sound has been done.  The record will be yours to enjoy for as long as you live. END_OF_DOCUMENT_TOKEN_TO_BE_REPLACED

More Dark Side of the Moon

Breathe is my favorite test track for side one for any version of Dark Side Of The Moon, Half-Speed or otherwise. When the voices come in about halfway through the song, you can tell that most copies are too bright simply by listening to the vocals on this track. The cymbals might sound wonderful; lots of other instruments might sound wonderful; and there might be plenty of ambience, detail and transparency.

But all of that counts for nothing if the voices don’t sound right. And on most copies the voices sound bright, aggressive, grainy and transitory. (This is the case with the new 180 gram 30th Anniversary copy I regret to say.)  END_OF_DOCUMENT_TOKEN_TO_BE_REPLACED

Both sides here KILLED every other copy we played. The overall sound is tubey and lush with a strong bottom end. The strings on the title track actually have some texture, and Cecilia really comes to life. There’s not as much spit or grit as you’d get on most copies, and the sound is far more musical and enjoyable than you would expect to hear, especially if you own a reissue on the red label or an audiophile reissue of any kind. These sides have an extra measure of presence and an extra degree of clarity, the kind of thing that makes them White Hot.

So many copies of this album sound wrong in so many ways, it would be impossible to list them all here. Suffice it to say, a Hot Stamper copy has to pass a lot of tests before we’re willing to vouch for it, and this copy passed those tests with flying colors. For starters, the vocals aren’t too spitty, the guitars don’t sound grainy, and the bottom end isn’t lean. Add in some of the silkiest, breathiest voices we’ve heard for this album and this Super Hot Stamper is sure to please. END_OF_DOCUMENT_TOKEN_TO_BE_REPLACED

You’re Gonna Get It!

Sweetly textured guitars, breathy vocals — all the subtleties of a High Quality Recording are here, along with prodigious amounts of bass and powerful dynamics. Check out that drum sound! If you can play this one at the levels it demands you might just be shocked at how good it sounds. END_OF_DOCUMENT_TOKEN_TO_BE_REPLACED

Two stunning sides for one of our favorite Petty records! This one is a huge step up from most, which tend to be bright, thin, edgy, pinched and gritty — radio friendly, maybe, but not especially audiophile friendly.

We hate that sound but we are happy to report that some copies manage to avoid it, and this is one of them. Is that richer, fuller sound the sound of what’s on the master tape or did the mastering engineer “fix” it? We’ll never know, now will we? What we can know is the sound of the pressings we actually have to play, and this one is killer.