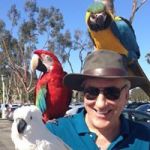 Some audiophile reviewers prefer to discuss only those records that sound good to them and ignore the rest. We think this does the audiophile community a disservice.

Like Consumer Reports, we like to test things. They test toasters, we test records. Like them, we put the things we’re testing through their paces and let the chips fall where they may.

They want to find out if the things they are testing offer the consumer quality and value. We want to find out if the records we are testing offer the record-loving audiophile good sound and music. If they do have exceptionally good sound and at least fairly good music, they go up on our site to be sold as Hot Stampers. The bad records end up on this blog in our Halls of Shame. (Yes, there are two.)

It takes a lot of people and a healthy budget to carry out large numbers of these kinds of tests.

No other record dealers, record reviewers or record collectors could possibly have auditioned more than a small fraction of the records that we’ve played. We’ve been looking for the best sounding records for a very long time. Now, with a staff of ten or more, we can buy, clean and play records in numbers that are unimaginable for any single person or group to attempt.

That puts us in a unique position to help audiophiles looking for higher quality sound.

Yes, we have the resources, the staff and the budget. More importantly, we came up with a new (sort of) and much more successful (definitely) approach.

We’ve learned through thousands and thousands of hours of experimentation that there is no reliable way to predict which pressings will have the best sound for any given album.

The impossibility of predicting the sound of records is one which we’ve learned to accept as simply axiomatic. As a born skeptic, this was never difficult for me to wrap my head around. Early on in my audio career, sometime in the ’80s, I realized it was, in fact, self-evident.

Given the chaotic nature of records, the solution we put into practice mainly comprised these five elements:

It took many years, decades even, to learn what worked and what didn’t work in our pursuit of better records. We came to realize over time that the five things listed above weren’t helping, so we stopped doing them.

That’s it. Nothing to it. It all comes down to experimenting at a sufficiently large scale to achieve success.

Edison is said to have failed 10,000 times before inventing a light bulb that was useful.

Most audiophiles do not have the time and money, not to say patience, needed to fail again and again this way.

For us, having a full-time staff of ten and a rather large record buying budget, we see failures as just another part of the job. Our successes pay for them — obviously somebody has to, as Milton Friedman famously remarked which partly accounts for our prices being as high as they are.

We don’t make a dime from writing about records that don’t sound good to us. We review them as a service to the audiophile community. We play them so that you don’t have to.

You can find some of them in our Hall of Shame, along with others that — in our opinion — are best avoided by audiophiles looking for hi-fidelity sound. Some of these records may have passable sonics, but we found the music less than compelling.  These are also records you can safely avoid.

We also have an Audiophile Record Hall of Shame for records that were marketed to audiophiles for their putatively superior sound. If you’ve spent any time on this blog at all, you know that these records are some of the worst sounding pressings we have ever had the displeasure to play.

We routinely put them into our Hot Stamper Shootouts, up against the exceptional vintage records that we offer, and are often surprised at just how bad an “audiophile record” can sound and still be considered an “audiophile record.” The term has lost all meaning, if it ever had any meaning in the first place.

[1] More on the subject of the pretense of knowledge

[3] More on the subject of expert advice

[4] More of the subject of guessing and speculating

[5] More on the subject of making mistakes