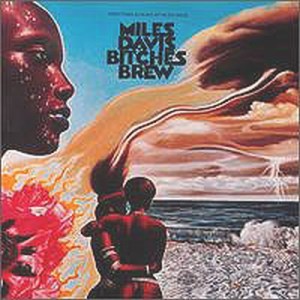 I remember buying this record when I was in college and I had a hell of a time trying to make any sense of it. I also bought the first two Weather Report albums and had a hell of a time with those. But then when Sweetnighter came out, which was angular but still accessible, this kind of music started to make sense to me. This is music for those who want to be challenged. It’s as true today as it was 53 years ago when this record came out.

Our favorite track on this album, “Miles Runs The Voodoo Down,” is found on the Double Plus (A++) side four, which means the sound for it is OUTSTANDING.

What We’re Listening For On Bitches Brew

Miles Runs the Voodoo Down
Sanctuary

Thought by many to be the most revolutionary album in jazz history, having virtually created the genre known as jazz-rock fusion (for better or worse) and being the jazz album to most influence rock and funk musicians, Bitches Brew is, by its very nature, mercurial. The original double LP included only six cuts and featured up to 12 musicians at any given time, most of whom would go on to be high-level players in their own right: Joe Zawinul, Wayne Shorter, Airto, John McLaughlin, Chick Corea, Jack DeJohnette, Dave Holland, Don Alias, Benny Maupin, Larry Young, Lenny White, and others. Originally thought to be a series of long jams locked into grooves around one or two keyboard, bass, or guitar figures, Bitches Brew is anything but. Producer Teo Macero had as much to do with the end product on Bitches Brew as Davis. Macero and Davis assembled, from splice to splice, section to section, much of the music recorded over three days in August 1969…

… Bitches Brew retains its freshness and mystery long after its original issue.