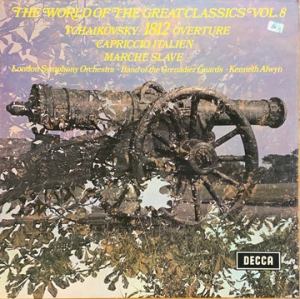 What We’re Listening For On Tchaikovsky’s 1812 Overture

With the battle gathering force, another Russian theme emerges, God Save The Tsar!, which he manoeuvres into a contrapuntal skirmish with The Marseillaise: two nations fighting it out in music, the composer never allowing the contour of one theme to nestle too cosily against its adversary. Enemy lines are kept tautly demarcated. A plunging, descending string line symbolises the Russian retreat; cannon shots and cathedral bells peel over a victorious roar of God Save The Tsar! from the orchestra.

From the liner notes