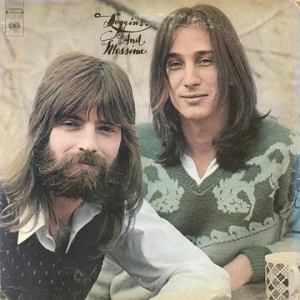 We’re big fans of this band, not only for their music but also because their recordings are so good. We know this album about as well as anyone can, having done countless shootouts for it over the years. When it’s good, it’s really good, and it doesn’t take a pair of golden ears to hear it.

What we have here is the perfect example of a top quality analog studio pop recording. It’s rich, sweet, and dynamic, with the kind of sound that has practically disappeared from the face of the earth. Not to worry though; it can still be found on certain pressings from the ’70s, the ones that we put so much time and effort into auditioning. Why shouldn’t we? It’s where the BEST SOUND is.

The richness, sweetness and freedom from artificiality is most obvious where you often hear it on a Pop Rock Big Production like Loggins and Messina: in the loudest, densest, most climactic choruses.

On Breakfast in America the sax toward the end of “The Logical Song” is bigger and louder than anything on the record, louder even than Roger Hodgson’s near-hysterical multi-tracked screaming ‘Who I am’ about three quarters of the way through the track. Those, however, are clearly exceptions to the rule. Most of the time it’s the final chorus of a pop song that gets bigger and louder than what has come before.

What We’re Listening For On Loggins and Messina

Equally critical. So many copies are veiled in the midrange, partly because they may have shortcomings up top, but also because they suffer from blurry, smeary mids and upper mids. With so many stringed instruments; horns and woodwinds (oboe, saxes, flute, recorder); as well as plenty of percussion elements in the mix for practically every song, dull, dead sounding L & M pressings can’t begin to communicate the musical values in their superb recordings. Boredom will set in before long.With a real Hot Stamper the sound is totally involving, and so is the music. You hear the breath in the voices, the pick on the strings of the guitars and mandolins — these are the things that allow us to suspend our disbelief, to forget it’s a recording we’re listening to and not living, breathing musicians.

Although this quality is related to the above two, it’s not as important overall as the one below, but it sure is nice to have. When you can really “see” into the mix, it’s much easier to pick out each and every brass and wind instrument, and hear all the effects on the guitars, in order to gain more insight into the arrangement and the recording of the material.Seeing into the mix is a way of seeing into the mind of the artist. To hear the hottest copies was to appreciate even more the talents of all the musicians and producers involved, not to mention the recording engineers.

The first full-fledged L&M album found the duo in good form as songwriters, with Messina turning in the sparkling “Thinking Of You,” and the two collaborating on the hit single “Your Mama Don’t Dance” and “Angry Eyes.” Their backup band was anchored by multi-instrumentalist Al Garth, and also featured keyboardist Michael Omartian and Poco steel guitarist Rusty Young.