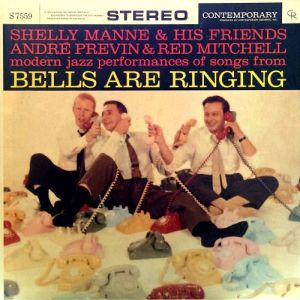 I have a very long history with this album, going back decades. My friend Robert Pincus first turned me on to the CD, which, happily for all concerned, was mastered beautifully. We used it to test and tweak all the stereos in my friends’ systems.

Playing the original stereo record, which I assumed must never have been reissued due to its rarity (I have since learned otherwise), all I could hear on my ’90s all tube system was blurred mids, lack of transient attack, sloppy bass, lack of space and transparency, and other shortcomings too numerous to mention that I simply attributed at the time to vintage jazz vinyl.

Well, things have certainly changed. I have virtually none of the equipment I had back then, and I hear none of the problems with this copy that I heard back then on pressing I owned. This is clearly a different LP (I sold off the old one years ago) but I have to think that much of the change in the sound was a change in cleaning, equipment, tweaks and room treatments, all the stuff we prattle on about endlessly on the site.

In other words, if you have a highly-resolving modern system and a good room, you should be knocked out by the sound of this record. I sure was.

The piano sounds lifelike right from the start, a beautiful instrument in a natural space, tonally correct from top to bottom. I can’t think of any recording off the top of my head that gets a better piano sound than this one.

Listen to the tambourine on the third track on side one. Shelly Manne messes about with lots of percussion instruments on this album and all of them are recorded to perfection.

Not to leave Red Mitchell out, check out the bass; it’s deep and note-like throughout the album.

Is It a Crime?
Better Than a Dream
Mu-Cha-Cha
Long Before I Knew You
The Party’s Over (Up-Tempo Version)

When Shelly Manne and His Friends (a trio starring pianist André Previn) had a surprise hit with their interpretations of melodies from My Fair Lady, it started a trend toward recording jazz versions of scores from plays.

For this LP, Manne’s trio (with Previn and bassist Red Mitchell) perform nine songs from the play Bells Are Ringing. Although seven of the pieces remained obscure, “The Party’s Over” (which is heard twice) and particularly “Just in Time” caught on.

As is always the case with this group, Previn’s piano is the lead voice and his virtuosity, good taste, melodic improvising, and solid sense of swing are chiefly responsible for the music’s success.