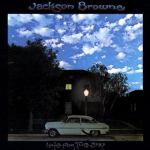 It’s been a good day of listening! Something about this copy of Late for the Sky is bugging me. Jackson’s voice just doesn’t seem as natural sounding as in the other albums I have. Wondering if the white hot stamper you have might be a better choice? Thinking this album (more his voice) should sound as good as the other two I bought ? If you think the white hot stamper would be a better choice should I just order it then send this one back?

Thanks again for your help!

It is always a good idea to hear the best copy against whatever you have, even when you have a hot stamper. It’s unlikely to fix the problem you hear with the voice — not sure what those might be, the recording is what it is and if they wanted the voice to sound the way it does, we just accept it as a choice they made, grading on a curve and all that — but it is possible you might like it better, even a lot better.

Go ahead and order it, you have nothing to lose and plenty to gain. Hang on to your old copy for now so you can play the two against each other.

I am so glad you recommended taking a listen to the Late for Sky white hot stamper and compare to the super hot stamper I have. I immediately noticed an improvement in lower end presence with the white hot stamper. Jackson’s vocal sounded more full and natural as well.

Another thing I noticed was that not all tracks are created equal as you pointed out. Side 1 seemed big, open and more like the other Jackson Browne LPs I own.

Side 2 was a very different story. Some of the tracks seemed more closed in and less engaging. So, instead of criticizing a pressing for not sounding right, I have realized that the recording itself is most likely at fault (it is what it is).

I would not have known this without listening to the best copies. Another invaluable lesson learned!

Will send Late for the Sky back as it is not really something I really want to listen to repeatedly compared to my other Jackson Browne albums. Till the next time!

When you can hear a number of copies — the more the better — played directly against each other, it’s amazing what you can learn about the sound of an album. You experienced it, and you seem to have learned a lot.

Now you know something 99% of the audiophiles in the world, even those that are Jackson Browne fans, don’t know.

Such is the nature of records. They are happy to teach you something if you will simply take the time to listen to them.