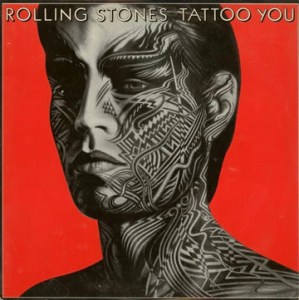 In the tradition of other late ’70s / early ’80s Stones albums (Some Girls, Goats Head Soup, It’s Only Rock And Roll), the sound is a bit raw at times, but a copy like this one gives you the kind of energy, body and richness to make for some very enjoyable serious listening.

The sound here is big and rich, with more “meat on the bones” as we like to say. The guitars are chunky and powerful, which exactly the sound you want for a song like Start Me Up, which leads things off here. The best sides have more extension up top and more size to the soundfield as well.

As with any Stones album, don’t expect any sonic miracles. Hot Stampers aren’t going to turn this into Tea For The Tillerman. If you want to hear an amazing sounding Demo Quality record, this ain’t it, but if you love this music and are frustrated with the sound of the typical pressing, I bet you’ll enjoy the heck outta this one.

What We’re Listening For on Tattoo You

Like Emotional Rescue before it, Tattoo You was comprised primarily of leftovers, but unlike its predecessor, it never sounds that way. Instead, Tattoo You captures the Stones at their best as a professional stadium-rock band. Divided into a rock & roll side and a ballad side, the album delivers its share of thrills on the tight, dynamic first side.

“Start Me Up” became the record’s definitive Stonesy rocker, but the frenzied doo wop of “Hang Fire,” the reggae jam of “Slave,” the sleazy Chuck Berry rockers “Little T&A” and “Neighbours,” and the hard blues of “Black Limousine” are all terrific. The ballad side suffers in comparison, especially since “Heaven” and “No Use in Crying” are faceless. But “Worried About You” and “Tops” are effortless, excellent ballads, and “Waiting on a Friend,” with its Sonny Rollins sax solo, is an absolute masterpiece, with a moving lyric that captures Jagger in a shockingly reflective and affecting state of mind.

“Waiting on a Friend” and the vigorous rock & roll of the first side make Tattoo You an essential latter-day Stones album, ranking just a few notches below Some Girls.