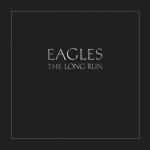 Most copies have a smeary, veiled, stuck-in-the-speaker quality that makes for some painful listening. Cardboard drums. Non-existent ambience. No energy. (Unless you get one of the hard, edgy, thin ones — we’re not sure which is more unpleasant to play.)

The best copies are a whole different story, with the kind of big, punchy, full-bodied sound this music absolutely demands.

Yes he can. Don’t make the mistake of judging his work by the typical bad pressing of it, the kind that Elektra was churning out by the millions back in the day.

Believe me, the master tape must be AWESOME if the sound of some of the records we played is any indication (which of course it is).