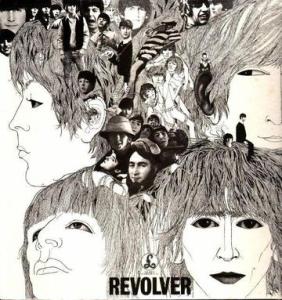 Want to be blown away by Beatles sound you never imagined you would ever have the chance to experience for yourself? Drop the needle on Taxman on this very side one — that’s your ticket to ride, baby! We were knocked out by it and we guarantee you will be too.

This Is How Good It Can Get

This superb pressing has all the qualities we look for on Revolver: vocal presence, Tubey Magic, huge weight to the bottom end, and, most importantly of all, ENERGY. It’s also exceptionally smooth, sweet and above all analog-sounding — the upper-midrange grit and grain that compromise most pressings are nowhere to be found here.

It’s as BIG and SOLID as a rock record can sound. The best copies have practically zero coloration. They let us think we are sitting in the control room enjoying the playback with Geoff and George.

Unlike so many copies of the album, the band here is enthusiastic and rockin’ like crazy. This copy brings the music to LIFE in a way that few others can. That’s our definition of Hot Stamper sound in a nutshell.

Listen to how grungy and smooth the guitars are on And Your Bird Can Sing — they are close to perfection.

The trumpet on For No One has rarely sounded as good as it does here — you can really hear air and spit being pushed through the horn. That’s not phony detail, that’s what a real horn sounds like if you are close to it.

What We’re Listening For On Revolver

Taxman
Eleanor Rigby
I’m Only Sleeping
Love You To
Here, There and Everywhere
Yellow Submarine
She Said She Said

Good Day Sunshine
And Your Bird Can Sing
For No One
Dr. Robert
I Want To Tell You
Got To Get You Into My Life
Tomorrow Never Knows

All the rules fell by the wayside with Revolver, as the Beatles began exploring new sonic territory, lyrical subjects, and styles of composition. It wasn’t just Lennon and McCartney, either — Harrison staked out his own dark territory with the tightly wound, cynical rocker “Taxman”; the jaunty yet dissonant “I Want to Tell You”; and “Love You To,” George’s first and best foray into Indian music. Such explorations were bold, yet they were eclipsed by Lennon’s trippy kaleidoscopes of sound.

His most straightforward number was “Doctor Robert,” an ode to his dealer, and things just got stranger from there as he buried “And Your Bird Can Sing” in a maze of multi-tracked guitars, gave Ringo a charmingly hallucinogenic slice of childhood whimsy in “Yellow Submarine,” and then capped it off with a triptych of bad trips: the spiraling “She Said She Said”; the crawling, druggy “I’m Only Sleeping”; and “Tomorrow Never Knows,” a pure nightmare where John sang portions of the Tibetan Book of the Dead into a suspended microphone over Ringo’s thundering, menacing drumbeats and layers of overdubbed, phased guitars and tape loops.

McCartney’s experiments were formal, as he tried on every pop style from chamber pop to soul, and when placed alongside Lennon’s and Harrison’s outright experimentations, McCartney’s songcraft becomes all the more impressive. The biggest miracle of Revolver may be that the Beatles covered so much new stylistic ground and executed it perfectly on one record, or it may be that all of it holds together perfectly. Either way, its daring sonic adventures and consistently stunning songcraft set the standard for what pop/rock could achieve. Even after Sgt. Pepper, Revolver stands as the ultimate modern pop album and it’s still as emulated as it was upon its original release.

FURTHER READING ON THE BEATLES