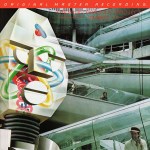 Reviews and Commentaries for Albums Engineered by Alan Parsons

The MoFi is a textbook example of their ridiculous affinity for boosted top end, not to mention the extra kick they put in the kick drum, great for mid-fi (sometimes known around these parts as Stone Age Audio systems) but a serious distraction on a high end stereo with good low end reproduction. 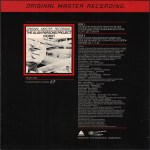 If you like the album –and that’s a big if, I myself have never been able to take it seriously — try the Simply Vinyl or the Classic LP.

Even the UHQR sucks. Don’t kid yourself. They’re still mastered by SR, and he likes plenty of top end boost.

If you are still buying these audiophile pressings, take the advice of some of our customers and stop throwing your money away on Heavy Vinyl and Half-Speed Mastered Records.