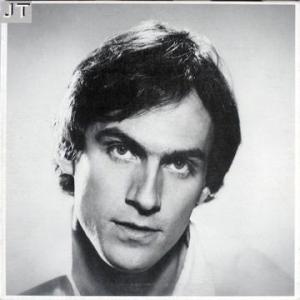 The good copies REALLY ROCK on songs like Honey Don’t Leave L.A. or I Was Only Telling A Lie, yet have lovely, delicate vocals on ballads such as Another Grey Morning or There We Are (two of our favorite songs on the album).

Just turn up the volume and play the opening to Honey Don’t Leave L.A. — this is James Taylor and his super tight studio band at the peak of their powers. Russ Kunkel hits the drum twice, then clicks his sticks together so quickly you can hardly notice it, then goes back to the drums for the rest of the intro. On the best copies, the subtleties of his performance are clearly on display. Until copies like this one came along, we had never even noticed that stick trick. Now it’s the high point of the whole intro!

The strings on Handy Man are a key test for us when evaluating the copies in the shootout. Most of the time they are smeary and hard, lacking the rosiny texture of the real thing. When you chance upon a good one it’s pretty obvious, and sure enough everything else — vocals, guitars, drums — sounds better as well.

What We’re Listening For on JT

Kudos once again must go to Val Garay, the co-engineer here with Dave Hassinger (who owns The Sound Factory where the album was recorded).

Garay is the man behind so many of our favorite recordings: James Taylor’s Flag, Simple Dreams (a Top 100 title), Andrew Gold, Prisoner In Disguise, etc. They all share his trademark super-punchy, jump-out-the-speakers, rich and smooth ANALOG sound.

With BIG drums — can’t forget those. (To be clear, only the best copies share it. Most copies only hint at it.)

I don’t think Mr. Garay gets anything like his due with audiophiles and the reviewers who write for them. This is a shame; the guy makes Demo Disc Quality Pop Records about as good as those kinds of records can be made. If you have a Big System that really rocks you owe it to yourself to get to know his work. This is truly a KNOCKOUT disc when you have the equipment for it. We do, and records like this make the effort and expense of building a full-range dynamic system over the course of many decades worth all the trouble that such a project entails.

As audiophiles, we all know that sound and music are inseparable. After dropping the needle on a dozen or so copies, all originals by the way, you KNOW when the music is working its magic and when it’s not. As with any pop album, there are always some songs that sound better than others, but when you find yourself marveling at how well-written and well-produced a song is, you know that the sound is doing what it needs to do. It’s communicating the Musical Values of the material.

The most important of all these Musical Values is ENERGY, and boy does this copy have it!

Musically this is one of Taylor’s best. Every track is good and many are wonderful. There are five or six James Taylor records that are Desert Island Discs for me. I know they probably wouldn’t let me take six of the same artists’ records to my island, but I would hope they would make an exception for James Taylor because his albums really do set a standard that those of few other singer/songwriters can meet.

Start with Sweet Baby James, the first album and JT. The next group to pursue would contain Mud Slide Slim, One Man Dog, Gorilla, In the Pocket and Dad Loves His Work, and maybe Flag.

We consider this James Taylor album a later Masterpiece.

It’s a recording should be part of any serious Popular Music Collection. Others that belong in that category can be found here.

On the best Hot Stamper copies, which typically means those with the most transparency, Leah Kunkel’s background vocals will be clear and breathy-sweet, allowing you to follow each of her multi-tracked vocal lines.

A personal JT Favorite [of Tom’s!] On the hottest copies it is absolutely a Demo Disc Quality track.

If I Keep My Heart Out of Sight

On his last couple of Warner Brothers albums, Gorilla and In the Pocket, James Taylor seemed to be converting himself from the shrinking violet, too-sensitive-to-live “rainy day man” of his early records into a mainstream, easy-listening crooner with a sunny outlook. JT, his debut album for Columbia Records, was something of a defense of this conversion.

Returning to the autobiographical, Taylor declared his love for Carly Simon (“There We Are”), but expressed some surprise at his domestic bliss. “Isn’t it amazing a man like me can feel this way?” he sang in the opening song, “Your Smiling Face” (a Top 40 hit). At the same time, domesticity could have its temporary depressions (“Another Grey Morning”). The key track was “Secret O’ Life,” which Taylor revealed as “enjoying the passage of time.”

Working with his long-time backup band of Danny Kortchmar, Leland Sklar, and Russell Kunkel, and with Peter Asher back in the producer’s chair, Taylor also enjoyed the playing of music, mixing his patented acoustic guitar-based folk sound with elements of rock, blues, and country.

He even made the country charts briefly with “Bartender’s Blues,” a genre exercise complete with steel guitar and references to “honky tonk angels” that he would later re-record with George Jones. The album’s Top Ten hit was Taylor’s winning remake of Jimmy Jones’ “Handy Man,” which replaced the grit of the original with his characteristic warmth.

JT was James Taylor’s best album since Mud Slide Slim and the Blue Horizon because it acknowledged the darkness of his earlier work while explaining the deliberate lightness of his current viewpoint, and because it was his most consistent collection in years. Fans responded: JT sold better than any Taylor album since Sweet Baby James.