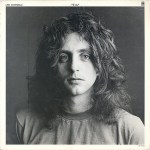 It’s not that most copies of Lee Michaels’ 5th sound bad; it’s that most of them just sound like old records — thick, dull, opaque, smeary, closed-in, two-dimensional, lifeless and uninspired.

Couple that with improved listening skills and before long the average old record starts to sound a lot more average than you wish it did. Even today’s better pot can’t fix the problems of most vintage pressings (or the Heavy Vinyl and CD reissues, which have to be seen for what they are: two of the biggest jokes ever played on the audiophile public).

But we can fix the problems — well, not really: we’re just finding the copies that managed to be mastered and pressed without the problems, and then giving them a good cleaning — and our Hot Stampers are 100% legal to boot.

Following the success of his third album, Lee Michaels continued the path of a solo artist — solo meaning that most of the sounds on the record were primarily recorded by Lee alone. Organ (Hammond and pipe), piano, harpsichord, and organ bass create a heavy, dense foundation.

Michaels had a unique sound, and along with his larynx-shredding vocals, the results are staggering. Aided by Joel Larson on drums, Michaels does a lot of covers on this record — including “Willie and the Hand Jive,” “Ya Ya,” and “Can I Get a Witness.” Michaels renders them all in an infectious, gospel style.

There are only a few originals on the album, and one, “Do You Know What I Mean” (which really sounded like a cover), was a monstrous hit and cemented Lee Michaels as one of the best white blues performers of the period, along with Joe Cocker and Steve Winwood.