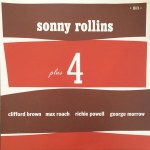 And this is some very bad analog indeed!

I cannot recall hearing a more ridiculously thick, opaque and unnatural sounding audiophile record than this, and believe me, I’ve heard plenty.

As I noted in another commentary “Today’s audiophile seems to be making the same mistakes I was making as a budding audiophile more than thirty years ago. Heavy Vinyl, the 45 RPM 2 LP pressing, the Half-Speed Limited Edition — aren’t these all just the latest audiophile fads each with a track record more dismal than the next?”

It reminds me of the turgid muck that Doug Sax was cutting for Analogue Productions back in the ’90s. The CD has to sound better than this. There’s no way could it sound worse.

CD Update: I managed to track down a copy of the CD and it DOES sound better than this awful record, and by a long shot. It’s not a great sounding CD, but it sure isn’t the disaster this record is.

This is a very bad sounding record, so bad that one minute’s play will have you up and out of your chair trying to figure out what the hell is wrong with your system. But don’t bother. It’s not your stereo, it’s this record.

It has the power to make your perfectly enjoyable speakers sound like someone has wrapped them in four inches of cotton bunting.

Uh, will you consider settling for Murk, Bloat and Smear? There’s a Special on them today at Acoustic Sounds.

And yet no one seems to have noticed, except us of course.

Ask yourself this question. How did this record get approved? Did no one ever play it? Hoffman and Gray let their names be put on this piece of crap? Kassem I can understand; he’s been making bad records for more than twenty years and wouldn’t know a good record if it bit him in the butt. But this is really beyond the pale. It doesn’t even pass the laugh test. I honestly don’t think I have a CD that sounds this bad, and I have hundreds of them. (I play them in the car.)

We don’t feel it’s incumbent upon us to defend the sound of these pressings. We think for the most part they are awful and we want nothing to do with them.

But don’t those who DO think these remastered pressings sound good — the audiophile reviewers and the forum posters specifically — have at least some obligation to point out to the rest of the audiophile community that at least one of them is spectacularly bad, as is surely the case here.

Is it herd mentality? Is it that they don’t want to rock the boat? They can’t say something bad about even one of these Heavy Vinyl pressings because that might reflect badly on all of them?

I’m starting to feel like Mr. Jones: Something’s going on, but I don’t know what it is. Dear reader, this is the audiophile world we live in today. If you expect anyone to tell you the truth about the current crop of remastered vinyl, you are in for some real disappointment.

We don’t have the time to critique what’s out there, and it seems that the reviewers and forum posters lack the — what? desire, courage, or maybe just the basic critical listening skills — to do it properly.

Which means that in the world of Heavy Vinyl it’s every man for himself.

And a very different world from the world of Old Vinyl, the kind we offer. In our world we are behind you all the way. Your satisfaction is guaranteed or you get your money back.

Now which world would you rather live in?