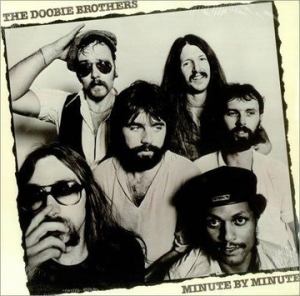 This is undoubtedly the band’s masterpiece, assuming you’re a Michael McDonald fan, and we very much are fans here at Better Records. We can now definitively say that the quality of the sound matches the quality of the music. What a wonderful sounding pop record. This is Donn Landee at his best — tonally correct, spacious, clear and sweet, with big bass and vocal choruses that can really take off when called upon. With Ted Templeman running the show this is an Audiophile Quality Pop Music Production that’s as close to perfect as one has any right to expect.

This original Warner Bros. pressing has the kind of Tubey Magical Midrange that modern records rarely even BEGIN to reproduce. Folks, that sound is gone and it sure isn’t showing signs of coming back. If you love hearing INTO a recording, actually being able to “see” the performers, and feeling as if you are sitting in the studio with the band, this is the record for you. It’s what vintage all analog recordings are known for — this sound.

The material on this album is the strongest the group ever recorded, and let’s face it, all the best songs are McDonald’s. He really hit his songwriting stride in 1979; there are almost half a dozen classic Michael McDonald songs on this album alone. His 1982 solo album, a desert island disc for us if there ever was one, has about ten more. The guy was on fire in the late ’70s and early ’80s.

What We’re Listening For on Minute By Minute

Credit Donn Landee (and producer Ted Templeman as well) with the full-bodied, rich, smooth, oh-so-analog sound of the best copies of Minute by Minute. He’s recorded or assisted on many of our favorite albums here at Better Records.

Most of the better sounding Doobies albums are his; all of the good Van Halens of course; Lowell George’s wonderful Thanks I’ll Eat It Here; Little Feat’s Time Loves a Hero (not their best music but some of their best sound); Carly Simon’s Another Passenger (my favorite of all her albums); and his Masterpiece (in my humble opinion), Captain Beefheart’s mindblowing Clear Spot.

We consider this Doobies album their Masterpiece. It’s a recording that should be part of any serious popular Music Collection.

Open Your Eyes
Sweet Feelin’
Steamer Lane Breakdown
You Never Change
How Do the Fools Survive?

It’s still all pretty compelling even if its appeal couldn’t be more different from the group’s earlier work (i.e., The Captain and Me, etc.). The public loved it, buying something like three million copies, and the recording establishment gave Minute by Minute four Grammy Awards, propelling the group to its biggest success ever.