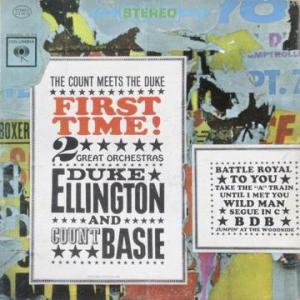 If Large Group Jazz is your thing, you should get a big kick out of this one. If you like the sound of relaxed, tube-mastered jazz — and what red blooded audiophile doesn’t — you can’t do much better than the Ellington recordings on Columbia from this era. The warmth and immediacy of the sound here are guaranteed to blow practically any record of this kind you might own right out of the water.

Both sides of this very special original stereo pressing are huge, rich, tubey and clear. As soon as the band got going we knew that this was absolutely the right sound for this music. There was almost nothing that could beat it, in any area of reproduction.

Teo Macero was the producer, Fred Plaut was probably the engineer for these sessions — we cannot find the credits to know one way or the other — for these sessions in Columbia’s glorious sounding 30th Street Studio. It’s yet another remarkable disc from the Golden Age of Vacuum Tube Recording.

A battle of the bands? Not quite — more like a mutual admiration society, with the orchestras of both jazz titans playing together. (The Duke is heard on the right side of your stereo/headphones, the Count on the left.)

Ellington’s elegance and unique voicings meet Basie’s rollicking, blues-based Kansas City swing, and it works gloriously. There’s no clutter, each band is focused, and they sound great together. This is not the thoughtful, reflective composer side of Ellington (listeners should check out Far East Suite or Black, Brown & Beige for that). The Duke and his band accentuate their swinging dance band side, while Basie and company have never sounded as suave and exotic as when playing Billy Strayhorn arrangements. Everyone has a good time, and that joy infuses this album from start to finish. 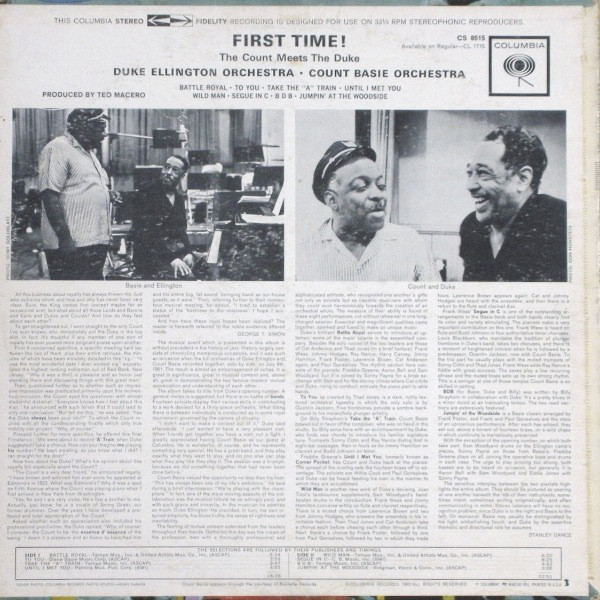 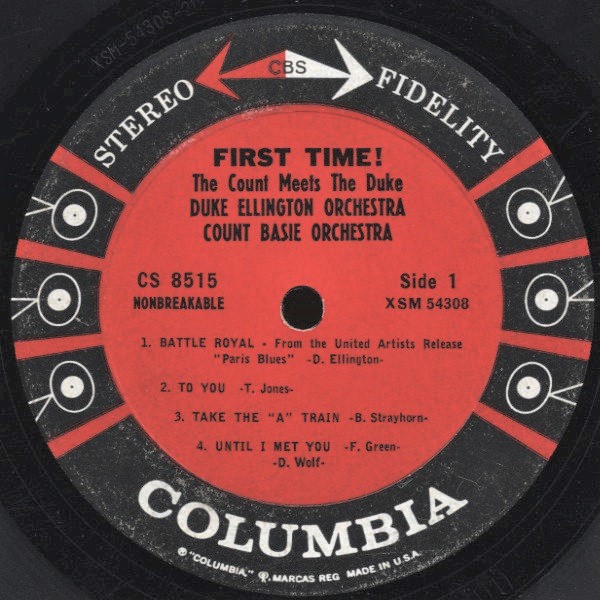