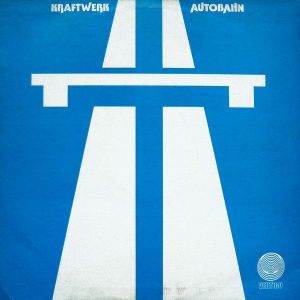 This vintage British Vertigo pressing has the kind of Tubey Magical Midrange that modern records can barely BEGIN to reproduce. Folks, that sound is gone and it sure isn’t showing signs of coming back. If you love hearing INTO a recording, actually being able to “see” the performers, and feeling as if you are sitting in the studio with the band, this is the record for you. It’s what vintage all analog recordings are known for — this sound.

What We’re Listening For On Kraftwerk’s Euro Synth Pop

Although Kraftwerk’s first three albums were groundbreaking in their own right, Autobahn is where the group’s hypnotic electronic pulse genuinely came into its own. The main difference between Autobahn and its predecessors is how it develops an insistent, propulsive pulse that makes the repeated rhythms and riffs of the shimmering electronic keyboards and trance-like guitars all the more hypnotizing.

The 22-minute title track, in a severely edited form, became an international hit single and remains the peak of the band’s achievements — it encapsulates the band and why they are important within one track — but the rest of the album provides soundscapes equally as intriguing. Within Autobahn, the roots of electro-funk, ambient, and synth pop are all evident — it’s a pioneering album, even if its electronic trances might not capture the attention of all listeners.