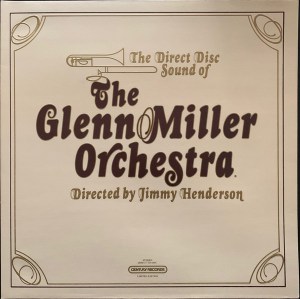 One of the all time GREAT Direct to Disc recordings. For sound and music, this one is hard to beat. And the vinyl is as quiet as any you will find.

We went a bit overboard years ago when we wrote, “I don’t think you can find a better sounding big band record on the planet.” Well, we’ve heard plenty of amazing big band albums in the course of our Hot Stamper shootouts for the last five or ten years, albums by the likes of Basie, Zoot Sims, Ellington, Shorty Rogers, Ted Heath and others.

Not to mention the fact that the shockingly good Sauter-Finegan track “Song of the Volga Boatman” from the LP Memories Of Goodman and Miller is played regularly around these parts for cartridge setup and tuning, as well as general tweaking.

But that should take nothing away from this superb recording, made at the famously good-sounding Capitol Records Studio A, with none other than Wally Heider doing the mix and Ken Perry manning the lathe.

We also noted that, “It absolutely murders all the Sheffield big band records, which sound like they were made by old tired men sorely in need of their naps. Way past their prime anyway”, which is mostly true.

If you like the tunes that Glenn Miller made famous — “String of Pearls,” “In The Mood,” “Tuxedo Junction” — you will have a very hard time finding them performed with more gusto, or recorded with anything approaching this kind of fidelity.

What We’re Listening For On The Direct Disc Sound of…