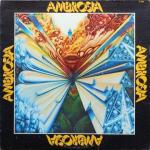 AMBROSIA is an album we admit to being obsessed with.

It is our contention that to reach the most advanced levels of audio, you have to do two things.

Firstly, you must become obsessed with getting your favorite albums to sound their best, and,

Secondly, you must then turn your obsession with those albums into concrete action.

What kind of action? Finding better sounding pressings and improving your stereo and room.

We wrote about it here. An excerpt:

As a budding audiophile, I went out of my way to acquire any piece of equipment that could make these records from the ’70s (the decade of my formative music-buying years) sound better than the gear I was then using. It’s the challenging recordings by Crosby, Stills, Nash and Young, as well as scores of other pop and rock artists like them, that drove my pursuit of higher quality audio, starting all the way back in high school.

As your stereo improves, not to mention your critical listening skills, the shortcomings of some of them will no doubt become more apparent. For the most part, however, with continual refinements and improvements to your system and room, vintage pressings will sound better and better the longer you stay active in the hobby.

That’s what makes it fun to play old records: The sound just keeps getting better!

Ambrosia Checks Off Three Big Boxes for Us

It’s a Must Own record.

It’s a Rock and Pop Masterpiece.

And it’s a Personal Favorite of mine.

The blog you are on now as well as our website are both devoted to very special records such as these.

In my opinion, this is also a record that should be more popular with audiophiles. If you have not heard this classic, check it out. It is the very definition of the kind of Big Production Rock I have been listening to since I first fell in love with it back in the mid-Seventies. That was about fifty years ago and I still play the album regularly for enjoyment. I have never tired of the music in all that time and I don’t think I ever will.

I’m sure you have plenty of records you feel the same way about in your collection. This is one of mine.

It is the very definition of a Big Speaker album. The better pressings have the kind of ENERGY in their grooves that are sure to have most audiophile systems begging for mercy.

This is The Audio Challenge that awaits you. If you don’t have a system designed to play records with this kind of SONIC POWER, don’t expect to hear them the way the band, Alan Parsons, Doug Sax and everybody else involved in the production wanted you to.

This album wants to rock your world, and that’s exactly what our Hot Stamper pressings are especially good at.

Ambrosia is one of the most influential and important artists/bands in my growth as a music lover and audiophile, joining the ranks of Roxy Music, 10cc, Steely Dan, Yes, Bowie, Supertramp, Eno, Talking Heads, Jethro Tull, Elton John, The Beatles, Crosby, Stills and Nash, The Cars, Led Zeppelin, Cat Stevens and countless others, musicians and bands who were clearly dedicated to making higher quality recordings, the kinds of recordings that would only truly come alive in the homes of those with the most advanced audio equipment.

My system was forced to evolve in order to reproduce the scores of challenging recordings issued by these groups in the ’70s.

It’s clear that these albums informed not only my taste in music but the actual stereo I play that music on. It’s what Progress in Audio is all about. I’ve had large scale dynamic speakers for close to five decades, precisely in order to play demanding recordings such as these, the music I fell in love with all those years ago.

Naturally it’s also part of our extensive Listening in Depth series. Any record we get obsessed with we tend to play hundreds and hundreds of times and make notes of what to listen for on specific tracks.

There is no question that this band, their producers and their engineers sweated every detail of this remarkable recording. They went the distance. In the end they brought in Alan Parsons to mix it, and Doug Sax to master it. The result is a masterpiece, an album that stands well above their others.

The best copies have everything you could ask for from a recording: Tubey Magical mids; richness and fullness; big punchy drums; delicate, breathy vocals; startling immediacy; huge energy; top-notch transparency and impressive clarity — all while staying smooth and natural.

The one album that I would say it most resembles is Dark Side of the Moon. (Note the Parsons connection.) Like DSOTM, Ambrosia is neither Pop nor Prog but a wonderful mix of both and more.

Perhaps hearing Dark Side of the Moon was what made you realize how good a record could sound. Looking back on it over the last forty plus years, it’s clear to me now that this Ambrosia album, along with a score of others, is one of the surest reasons I became an audiophile in the first place, and stuck with it for so long. What could be better than hearing music you love sound so good?