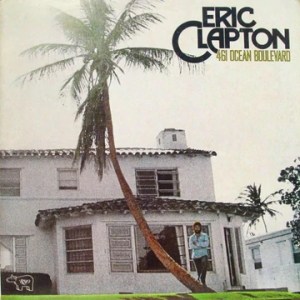 Tom Dowd recorded this album at Criteria in Miami, where Layla was recorded. I’d say the sound here is substantially better than what you typically get on that album, keeping in mind the sonic variations from track to track on Layla, which can be fairly dramatic.

Classic Rock is the heart and soul of our business. Finding quiet, good sounding pressings of Classic Rock albums is what we devote the bulk of our resources (time and money) to, and if we can be indulged a self-compliment, it’s what we do best.

No one is even bothering to attempt the kind of shootouts we immerse ourselves in every day. And who can blame them? It’s hard to assemble all the resources it takes to pull it off. There are a huge number of steps a record must go through before it finds itself for sale on our site, which means there are about twenty records in the backroom for every one that can be found on the site.

If the goal is to move product this is a very bad way to go about it. Then again, we don’t care about moving product for the sake of moving product. Our focus must be on finding, cleaning and critically evaluating the best sounding pressings, of the best music, we can get our hands on.

What We’re Listening For On 461 Ocean Boulevard

We consider this album Clapton’s Masterpiece. It’s a recording that belongs in any serious Rock Collection.

461 Ocean Boulevard is Eric Clapton’s second studio solo album, arriving after his side project of Derek and the Dominos and a long struggle with heroin addiction. Although there are some new reggae influences, the album doesn’t sound all that different from the rock, pop, blues, country, and R&B amalgam of Eric Clapton.

However, 461 Ocean Boulevard is a tighter, more focused outing that enables Clapton to stretch out instrumentally. Furthermore, the pop concessions on the album — the sleek production, the concise running times — don’t detract from the rootsy origins of the material, whether it’s Johnny Otis’ “Willie and the Hand Jive,” the traditional blues “Motherless Children,” Bob Marley’s “I Shot the Sheriff,” or Clapton’s emotional original “Let It Grow.”

With its relaxed, friendly atmosphere and strong bluesy roots, 461 Ocean Boulevard set the template for Clapton’s ’70s albums. Though he tried hard to make an album exactly like it, he never quite managed to replicate its charms.