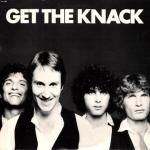 This is a Rock Demo Disc that is very likely to lay waste to whatever rock demo disc you currently treasure. My Sharona is simply STUNNING here. You just can’t record drums and bass any better! That’s why it’s a lifelong member of the prestigious None Rocks Harder club. We love the sound of punchy drums and these are as punchy as they get.

Mike Chapman produced this album and clearly he is an audiophile production genius. With a pair of Number One charting, amazing sounding Pop albums back to back — Blondie’s Parallel Lines in 1978 and this album early the next year — how much better could he get? The answer is: none more better.

One of the qualities we heard on the more transparent copies is huge studio space around the drum kit, especially the kick. We love that “unbaffled” sound; it allows the long-delayed reflections off the back wall to be heard clearly. (Or is it reverb? Who knows/)

Until we got our EAR 324 in 2007 we couldn’t get a good picture of just what was happening in the studio, but now those reflections are as clear as a bell on record after record, from The Planets to Physical Graffiti.

The advent of top quality stand alone phono stages is, in our opinion, one of the most important revolutions in audio in recent times.

Room treatments that allow that three dimensional studio space to be recreated in your very own living room are another.

Here at Better Records we are fans of big speakers and loud levels, a combination that allows this record to be as powerful and moving as it should be.

We love that sound and have been proselytizing for equipment capable of recreating it in the home for more than 30 years. It is simply impossible for speakers this size to reproduce the power of all the drums and bass on Get the Knack.

The Knack attempted to update the Beatles sound for the new wave era on their debut. A good idea that was well executed, but critics cried “foul” when millions sold after Capitol’s pre-release hype (it went gold in 13 days and eventually sold five million copies, making it one of the most successful debuts in history).

Get the Knack is at once sleazy, sexist, hook-filled, and endlessly catchy — above all, it’s a guilty pleasure and an exercise in simple fun. When is power pop legitimate anyway? Includes the unforgettable hits “My Sharona” and “Good Girls Don’t.”