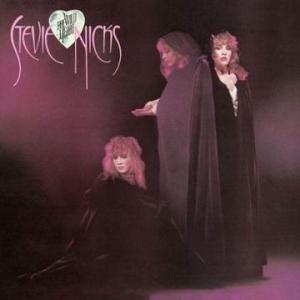 It’s easy to spot the good-sounding copies. They’re big and rich, not thin nor harsh. They open up on the top end and go down deeper on the bottom. They’re smooth and full-bodied in the midrange. Stevie’s vocals are breathy and present. The energy of her performance drives the music the way you want it to.

In short, the best copies demonstrate the sound one could expect to hear on a good Tom Petty album. Nothing surprising there; this album, like Petty’s, was produced and engineered by the same team, Jimmy Iovine and Shelly Yakus. They’ve made some great records together, Damn the Torpedoes being the best of the batch for sonics.

We recently did one of our regular shootouts for The Wild Heart using early domestic pressings that we’ve learned from experience have the potential for Hot Stamper sound. We cleaned them as carefully as we always do. Then we unplugged everything in the house we could get away with, carefully warmed up the system, Talisman’d it, found the right VTA for our Triplanar arm (by ear of course) and proceeded to spend the next couple of hours playing copy after copy on side one, after which we repeated the process for side two.

The process could not be more simple. The first step is to go deep into the sound. There you find something special — something you can’t find on most copies. Now, with the hard-won knowledge of precisely what to listen for, you are perfectly positioned to critique any and all pressings that come your way.

What We’re Listening For On The Wild Heart

The Wild Heart ranks fairly high on our Difficulty of Reproduction Scale. Do not attempt to play it using anything other than the highest quality equipment.

A word of caution: Unless your system is firing on all cylinders, even our hottest Hot Stamper copies — the Super Hot and White Hot pressings with the biggest, most dynamic, clearest, and least distorted sound — can have problems. Your system should be thoroughly warmed up, your electricity should be clean and cooking, you’ve got to be using the right room treatments, and we also highly recommend using a demagnetizer such as the Walker Talisman on the record, your cables (power, interconnect and speaker) as well as the individual drivers of your speakers.

Wild Heart
If Anyone Falls
Gate And Garden
Enchanted
Nightbird

She was the most successful American female pop singer of the time. Not surprisingly, she played it safe: The Wild Heart contained nothing that would disturb fans of her previous work and much that echoed it.

As on Bella Donna, producer Jimmy Iovine took a simpler, more conventional pop/rock approach to the arrangements than Fleetwood Mac’s inventive Lindsey Buckingham did on Nicks’s songs, which meant the music was more straightforward than her typically elliptical lyrics…

The Wild Heart sold to the faithful — it made the Top Ten, sold over a million copies, and spawned three Top 40 hits (“Stand Back,” “Nightbird,” and “If Anyone Falls”). And that was appropriate: if you loved Bella Donna, you would like The Wild Heart very much.