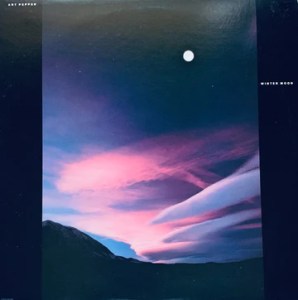 Smear is common to most vintage pressings. The copies that tend to do the best in a shootout will have the least (or none), yet are full-bodied, tubey and rich.

What We’re Listening For On Winter Moon

Ever since Artie Shaw and Charlie Parker, most jazz musicians have had a desire to record at least once in their lives with strings, often considering it a prestigious honor. Altoist Art Pepper finally had his chance on this album and fortunately the string arrangements (by Bill Holman and Jimmy Bond) do not weigh down the proceedings. Pepper sounds quite inspired performing seven strong compositions highlighted by Hoagy Carmichael’s “Winter Moon,” “When the Sun Comes Out” and a clarinet feature on “Blues in the Night.”