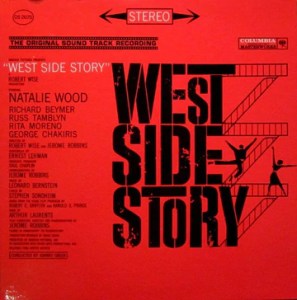 This album is at least five times more common in mono than it is in stereo, and finding a clean stereo original ended up taking us three to five years, so don’t expect to see another one of this caliber any time soon.

This vintage Columbia 6-Eye Stereo pressing has the kind of Tubey Magical Midrange that modern records can barely BEGIN to reproduce. Folks, that sound is gone and it sure isn’t showing signs of coming back.

Having done this for so long, we understand and appreciate that rich, full, solid, Tubey Magical sound is key to the presentation of this primarily vocal music. We rate these qualities higher than others we might be listening for (e.g., bass definition, soundstage, depth, etc.). The music is not so much about the details in the recording, but rather in trying to recreate solid, palpable, real persons singing live in your listening room. The best copies have an uncanny way of doing just that.

If you exclusively play modern repressings of vintage recordings (this one is now 65 years old!), I can say without fear of contradiction that you have never heard this kind of sound on vinyl. Old records have it — not often, and certainly not always — but maybe one out of a hundred new records do, and those are some pretty long odds.

Without all the top end, the singers’ voices will often become shrill in the louder passages, a huge problem with most of the pressings we played.

In addition, if the upper midrange is boosted in the least you are in big trouble on any copy of the West Side Story Soundtrack. Pressings from any era with tonally correct vocals while the singers are shouting their parts is without a doubt the toughest test any copy will face.

What We’re Listening For On West Side Story

Gee, Officer Krupke!
I Feel Pretty
One Hand, One Heart
Quintet
The Rumble
Cool
A Boy Like That / I Have a Love
Somewhere (Finale)

The soundtrack of the West Side Story film is deservedly one of the most popular soundtrack recordings of all time, and one of the relatively few to have attained long-term popularity beyond a specialized soundtrack/theatrical musical audience. (It is an entirely different recording, it should be emphasized, from the original Broadway cast recording, which was also a massive-selling album.)

Its widespread impact could be attributed to a few factors: the wide range of compositional and orchestral styles, from cool swing jazz and shades of Latin pop to classical; the universality of the storyline, pitting underdog lovers against the world; and an assortment of songs that goes well beyond the sentimental love odes that are the staples of musicals (though it has some of those, too), including some downright tough posturing and sardonic social commentary.

“Jet Song,” “America,” “Gee, Officer Krupke,” “Tonight,” “Cool,” “Maria,” “I Feel Pretty,” and “Something’s Coming” are all among the most famous and oft-sung soundtrack numbers ever.

In 1962, it won a Grammy award for “Best Sound Track Album – Original Cast” and Johnny Richards orchestrations of the movie score (on Kenton’s West Side Story) also winning a Grammy in 1962 for “Best Large Ensemble Jazz Album” further bolstering the popularity of the movie and soundtrack. In the United States, it was the best-selling album of the 1960s, certifying three times platinum by the RIAA on November 21, 1986.

Though the album was released just a few years after the release of the original broadway cast recording, it is according to Broadway Babies preferred by some to the earlier version both sentimentally, as the film succeeded in establishing the musical as a “popular masterpiece”, and musically, as it contains “beefier orchestration”.