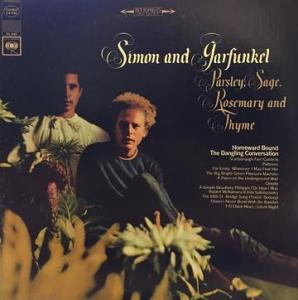 What the Best Sides of Parsley, Sage, Rosemary and Thyme Have to Offer Is Not Hard to Hear

What We’re Listening For on Parsley, Sage, Rosemary and Thyme

A Must Own Simon and Garfunkel Record

The track commentary for this record is extensive. Other records with individual track breakdowns and plenty of What To Listen For advice can be found here.

[I]t is an achievement akin to the Beatles’ Revolver or the Beach Boys’ Pet Sounds album, and just as personal and pointed as either of those records at their respective bests.

After the frantic rush to put together an LP in just three weeks that characterized the Sounds of Silence album early in 1966, Parsley, Sage, Rosemary and Thyme came together over a longer gestation period of about three months, an uncommonly extended period of recording in those days, but it gave the duo a chance to develop and shape the songs the way they wanted them…

Overall, Parsley, Sage, Rosemary and Thyme was the duo’s album about youthful exuberance and alienation, and it proved perennially popular among older, more thoughtful high-school students and legions of college audiences across generations.