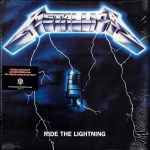 This review is for the 2008 Warner Brothers 45 RPM 180g Double LP Half-Speed Mastered by Mobile Fidelity from the original analog master tapes.

Compressed, sucked-out mids, no deep bass and muddy mid-bass, the mastering of this album is an absolute disaster on every level. If you want to know how clueless the average audiophile is, a quick Google search will bring up plenty of positive comments from listeners and reviewers alike.

Here are some other records that are good for testing the faults of this awful sounding release.

Even as recently as the early 2000s we were still somewhat impressed with many of the better Heavy Vinyl pressings. If we had never made the progress we’ve worked so hard to make over the course of the last twenty plus years, perhaps we would find more merit in the Heavy Vinyl reissues so many audiophiles collect.

Setting higher standards — no, being able to set higher standards — in our minds is a clear mark of progress. Judging by  the letters we receive, especially the ones comparing our records to their Heavy Vinyl and Half-Speed Mastered counterparts, we know that our customers see things the same way.