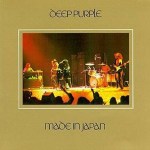 I am taking my time going through all my hot stampers one by one. Still waiting for my cartridge to break in so I know things will only get better.

This album is amazing. I forgot how good it was. Only had the cassette back in the day and loved playing it in the car. The overall tonal balance is fantastic. Big, room filling sound. Jackson’s voice is just so well centered in the mix.

I think your rating may have been a bit conservative. Hard to believe it can sound much better.

Side 2 is probably my favorite and sounds even better than side 1 to my ears–but it is close. Another winner for sure.

So glad you liked it!

As for the grades, we don’t keep them around, but we liked two copies better than that one, which just goes to show you never know how good a record can sound until you hear a better sounding copy, and we heard two.

This is something the forum posters of the audio world have always had trouble understanding.

They think they have a Hot Stamper when what they probably have is a good sounding record.

The word “probably” in the sentences above and below is doing a lot of heavy lifting here.

Nothing in audio or record collecting could be more important than appreciating how little we can really know and how much there is to learn.***

The forum posters of the audio world simply have no way to know how amazing the recording can sound — so much better than the record they own, probably — so they assume* they have the best.

They probably do not, but no one can actually know for sure, and that includes us.

We do not judge records we have never played (although we do like to make educated guesses about some of them from time to time, for sport if for no other reason).

A shootout would provide some of the evidence they need in order to know where on the bell curve their copy sits, and they have simply never conducted one. They have an anecdote, and not a very trustworthy one. What they lack is data**.

Rob followed up with this:

PS.  Forgot to mention re: Made In Japan.  I remember owning the UK import when it came out in 1972 as I recall. Bought it at the Wherehouse–Sold it years ago and lived through CD versions in the car.  Then I put on the hot stamper.  Man, I did not realize what an amazing album that is.  Had to play all 4 sides on one sitting–it is so good!

I can’t call myself a fan of the album but I know a great sounding pressing when I hear one.

*More on the subject of assumptions here.

**More on the subject of data here.

***More on the subject of not knowing how much you don’t know here.