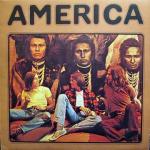 More of the Music of America

Reviews and Commentaries for the Music of America

The guitars on this record are a true test of stereo fidelity. As it says below, most of the pressings of this record do not get the guitars to sound right. They often sound veiled and dull, and on a copy with a bit too much top end they will have an unnatural hi-fi-ish sparkle.

This kind of sparkle can be heard on many records Mobile Fidelity made in the ’70s and ’80s. Tea for the Tillerman, Sundown, Year of the Cat, Finger Paintings, Byrd at the Gate, Quarter Moon in a 10 Cent Town — the list of MoFis with sparkling acoustic guitars would be very long indeed, and these are just the records with prominent acoustic guitars!

The key song on side one that we use to test is Three Roses. There are three sonically-separated individuals each playing six string acoustic guitars, and when this side is cut right the guitars sound just gorgeous: sweet, with all their harmonic structures intact. (It’s also my favorite song on side one.)

The real test on side two is the song Rainy Day. Lots of guitars, and when the close-miked descending guitar figure comes in after the first few couplets, if it’s too bright, you’re going to know it. This song is the hardest one to cut and almost never sounds right. Some copies are cut JUST RIGHT. The vocals are breathy, the guitars are full-bodied, and the overall sound is airy, open, and spacious.

On the best copies Rainy Day is Demo Disc material — they just don’t know how to make acoustic guitars sound like that anymore. You have to go back to 50-year-old records like this one to find that sound.

Simply phenomenal amounts of Tubey Magic can be heard on every strum, along with richness, body and harmonic coherency, all the things that have all but disappeared from modern recordings (and especially from modern remasterings).

Of course, many 50 year old records are beat to death, and many of them don’t sound any good anyway. It’s no mean feat to find quiet, superb pressings of albums like this, but you can be sure that Better Records is up to the task.

These green label Warner Brothers originals are sonically all over the map. The biggest problem these pressings suffer from is a lack of extreme top end to provide harmonics for the guitars. The guitars on this copy sound just right, really sweet and open. On the average copy, they sound veiled and dull.

The best copies are transparent; they just seem to give you a clearer picture of all the instruments. The instruments are also better defined and localized in space.

The bass on this copy is more note-like and less blurred. These Hot Stamper copies are the Hi-Rez versions of the recording for people who appreciate the higher resolution of analog!

By the way, if you ever get a Green Label Warner Brothers original LP with no top end whatsoever, absolutely nothing above 8K, we here at Better Records happen to know why. There was a time when some of the major labels experimented with “polishing” the stampers for records before pressing in order to eliminate pops and ticks caused by irregularities in the plating of the acetate. What they didn’t realize until later was that they had polished all the top end off the records in the process. I have run into this situation with James Taylor records, Grateful Dead records, and even copies of this very same America album. They sound like bad cassettes. Kevin Gray, who worked at Artisan where many of these records were cut, told us this story and I believe it.

This is one reason why buying original pressings — off Ebay for example, or at your local record store — is problematical and often disappointing. A visually graded record may or may not have a high end. The only way to know that there are high frequencies on a record is to play it, preferably on good equipment. This is something that people who sell records on Ebay are simply incapable of doing. The record may be minty, but what good is a quiet record that sounds dull to the point of distraction?

Engineered by the amazing Ken Scott, the man behind classics such as Ziggy Stardust., Honky Chateau, Crime of the Century, A Salty Dog, Magical Mystery Tour and too many more to list.