Reviews and Commentaries for the Music of Pink Floyd 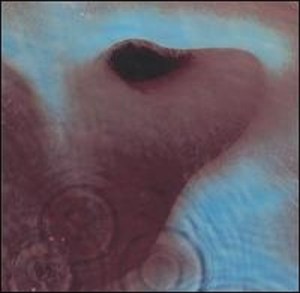 This vintage British import has the richness, space, and the effortlessly extended top end that lets Meddle work its experimental proggy magic. With this pressing you will hear that veil upon veil has been lifted. You’ll immediately become aware of aspects of the music and the recording that you hadn’t noticed when playing other, inferior copies of Meddle.

All the elements are THERE, right in front of you, clearly occupying their own space within the wider stage of the soundfield. Here are the startling dynamics, the deep, well-defined bass, the vocal sweetness, the open spaces — in short, here is exactly the kind of sound that the band would bring to the recording of Dark Side of the Moon.

This album is proof that they already had it in them in 1971.

With amazing sound like this you can finally appreciate the music in all its ANALOG glory. This is music that’s as fresh today as when it was recorded more than fifty years ago.

Meddle is good enough to take its place among the best sounding records Floyd or anybody else ever recorded, filled with all the analog magic that makes Pink Floyd one of the best-recorded bands of All Time. Besides The Beatles, who else even comes close?

Musically this record has really grown on us over the course of the last decade. There’s not a bad cut on it, and most of them have not been played to death like most everything else by the band has. Play “Fearless” to hear Pink Floyd at their best, and I mean their best from any album.

If you’re the kind of guy who gets a thrill from hearing Pink Floyd bangin’ out one of their heaviest psych jams with mind-blowing sound, this copy is guaranteed to knock you out. Drop the needle on “One Of These Days” and listen to how HUGE the soundfield is — it’s so wide and deep and three-dimensional you should have no trouble whatsoever getting lost in the music.

Like many of the Hottest Stamper pressings we sell, with a copy that sounds as good as this one the experience of listening to the album is nothing less than immersive.

What We’re Listening For On Meddle

Some copies of the album just sound small — they don’t extend all the way to the outside edges of the speakers, and they don’t seem to take up all the space from the floor to the ceiling. In addition, the sound can often be recessed, with a lack of presence and immediacy in the center.

Think about it: if you had only seven copies, you might not have ever gotten to hear a copy that sounded that open and clear. And how many even dedicated audiophiles would have more than one of two clean vintage British copies with which to do a shootout? These records are expensive and hard to come by in good shape. Believe us, we know whereof we speak.

The recording has a lot of very quiet passages on both sides, especially in the intro to Echoes, so Mint Minus Minus is about as quiet a copy as we can find. (The copies that are even a bit noisier get listed on the site are seriously reduced prices or traded back in to the local record stores we shop at.)

Atom Heart Mother, for all its glories, was an acquired taste, and Pink Floyd wisely decided to trim back its orchestral excesses for its follow-up, Meddle.

Opening with a deliberately surging “One of These Days,” Meddle spends most of its time with sonic textures and elongated compositions, most notably on its epic closer, “Echoes.” If there aren’t pop songs in the classic sense (even on the level of the group’s contributions to Ummagumma), there is a uniform tone, ranging from the pastoral “A Pillow of Winds” to “Fearless,” with its insistent refrain hinting at latter-day Floyd.

Pink Floyd were nothing if not masters of texture, and Meddle is one of their greatest excursions into little details, pointing the way to the measured brilliance of Dark Side of the Moon and the entire Roger Waters era. Here, David Gilmour exerts a slightly larger influence, at least based on lead vocals, but it’s not all sweetness and light — even if its lilting rhythms are welcome, “San Tropez” feels out of place with the rest of Meddle.

Still, the album is one of the Floyd’s most consistent explorations of mood, especially from their time at Harvest, and it stands as the strongest record they released between Syd’s departure and Dark Side.