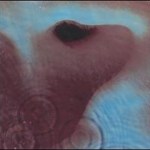 Reviews and Commentaries for Meddle

This review from 2007 describes our experience of having stumbled upon the right stampers for Meddle. To this day, only precisely these stampers have won the many shootouts we’ve done for the album over the ensuing years, probably a dozen shootouts or more. These stampers are also very hard to find, which is why you have not seen a copy of Meddle hit the site in a while.

To see more albums with one set of stampers that consistently win shootouts, click here.

This Harvest Green Label British Import pressing has a side one that goes FAR beyond anything we’ve ever heard for this album. We had no choice but to award this side one the very rare A with FOUR pluses A++++. We’ve never given any side of any other Pink Floyd record such a high grade, so you can be sure that you’ve never heard them sound this amazing!

We’ve been buying up every clean copy we can find with good stampers since we found our last White Hot Meddle back in March. Unfortunately, most of them left us a bit cold. Most copies just don’t have the kind of magic that we know is on the tape. Beyond that, many of them are too noisy to sell — even the minty looking ones.

The Best Side One Ever

Side one here is OFF THE CHARTS, OUT OF THIS WORLD, DEMO DISC QUALITY. Everything you’ve ever wanted in a Pink Floyd album is here in generous quantities — transparency, breathy vocals, HUGE bass, warmth, richness, ambience, and depth to the soundfield. A copy like this allows you to hear INTO the music in a way that would never be possible with a lesser pressing. The presence and immediacy are staggering, and the bass is going to blow your mind. There’s TONS of life and energy, and the highs are silky beyond belief. This is tubey magical analog at its best, folks — it’s an A++++ side without doubt.

I can count the records on one hand that we’ve given such a high grade to. We only feel comfortable giving the A-Four-Plus designation to the ultimate copies of records we are VERY familiar with: Blood, Sweat & Tears; Magical Mystery Tour; JT; and now Meddle.

Side two of this copy is amazing as well, but just doesn’t reach the heights of the wildly hot side one. It’s probably a good thing for everyone, because we would have to charge at least a cool grand for this copy if it did! The sound is super tubey magical — so much that it’s a bit much at times. The best sounding sides are a bit more open and spacious. Still, it’s an excellent side two that’s very hard to beat — silky highs, breathy vocals, and very sweet. We rate it A+ – A++.

Very few records we play around here blow our minds the way side one of this copy did. The White Hot Stamper for Willie Nelson’s Stardust back in January was one. Let me paraphrase the commentary for that listing, because most of it is equally true for Meddle.

Finding this LP was nothing short of a REVELATION! Yes, we had found a handful of wonderful sounding copies — there were some solid A’s and even a few A+’s — those are grades we give to records that sound really good, not to records that blow our minds. When we dropped the needle on this copy, it was like lighting the fuse on the dynamite in our heads. Here was the sound that lived up to the hype. Veil upon veil had lifted. We immediately became aware of aspects of the music and the recording that we hadn’t paid attention to during the many previous hours of Meddle play. All the elements had been there, but not THERE, right in front of us, clearly occupying their own space within the wider stage of the soundfield. Here were the real dynamics, the bass definition, the openness and sweetness, the kind of sound that the band behind Dark Side of the Moon was capable of. The music may not have changed, but our appreciation of it sure did. Here was the real Meddle, one good enough to take its place among the best sounding records Floyd or anybody else ever recorded. We were in the presence of real Master Tape Sound, filled with all the magic that makes Meddle one of the best rock albums of the ’70s. No other copy allowed us to fully appreciate this wonderful music, as fresh today as when it was recorded more than thirty years ago. This one DEMANDED that we did.

And you’ve seen this commentary on the site before too, but it describes this record perfectly:

Once again, here’s a record that sounds so good, you feel like you just threaded up the master tape and hit play. The effect is that you’re so totally IMMERSED in the musical experience you forget you’re listening to a record. You’re hearing the music exactly the way the musicians intended it to sound. You can’t ask for more than that.

Musically this record really grew on me over the course of this year. There’s not a bad cut on it, and most of them have not been played to death like everything else by the band. Play Fearless to hear Pink Floyd at their best, and I mean anywhere. Pop Psych doesn’t get any better.