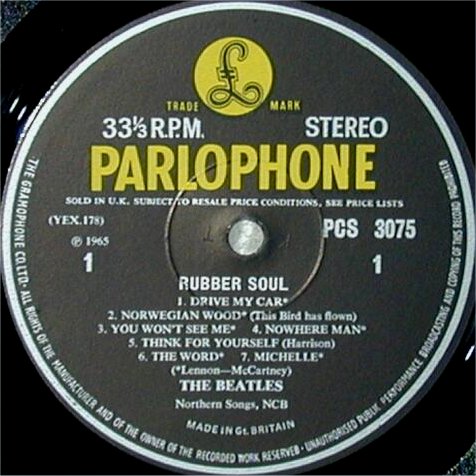 More of the Music of Beatles

It is our strongly held belief that if your equipment (regardless of cost) or your critical listening skills do not allow you to hear the kinds of sonic differences among pressings we describe, then whether you are just getting started in audio or are a self-identified Audio Expert writing for the most prestigious magazines and websites, you still have a very long way to go in this hobby.

This reviewer apparently does (as do some of our customers, truth be told), but we have something very different indeed. One might even consider it the opposite of such a system.

Our system is designed to relentlessly and ruthlessly expose the flaws of every record we play.

Only the best of the best can survive that level of scrutiny. Our system (comprising equipment, set-up, tweaks, room, room treatments, electricity) operates at the Highest Level of Fidelity we have been able to achieve to date. We are constantly making improvements to our playback system in search of even better sound.

But wait a minute, who are we to talk about being easily fooled? Bear in mind that as recently as 2000 or so we were still recommending DCC and other Heavy Vinyl pressings, records that I can’t stand to listen to these days.

My system couldn’t show me how colored and lifeless they were then, but it sure can now.

I, on the other hand, am not a musician. Over the years I simply tried to get my stereo to sound more like live music. As it improved over the years it allowed me to hear more and more of what was really on my records. I slowly gained the skills I needed to do the kind of critical listening comparisons that are currently the heart of our business. Let me be the first to admit it was slow going for about the first twenty years.