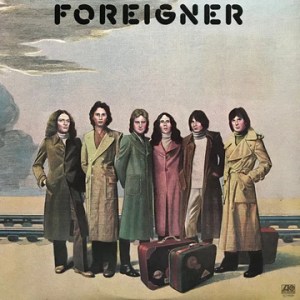 What’s key to the sound of Foreigner’s records?

Obviously, the big one would have to be ENERGY, a subject we discuss at length on our blog. Next would be punchy ROCK BASS, followed by clear, present vocals.

Those are the big ones, and we are happy to report that this copy had the best Foreigner sound in all three areas.

What We’re Listening For On Foreigner

Long, Long Way From Home
Woman Oh Woman
At War With The World
Fool For You Anyway
I Need You

Although punk rock’s furious revolution threatened to overthrow rock’s old guard in 1977, bands like Foreigner came along and proved that there was plenty of room in the marketplace for both the violent, upstart minimalism of punk and the airbrushed slickness of what would be called “arena rock.” Along with Boston, Journey, Heart, and others, Foreigner celebrated professionalism over raw emotion. And, looking back, it’s easy to see why they sold millions; not everyone in the world was pissed off, dissatisfied with the economy, or even necessarily looking for a change.

In fact, for most suburban American teens, Foreigner’s immaculate rock sound was the perfect soundtrack for cruising through well-manicured neighborhoods in their Chevy Novas. The album spawned some of the biggest FM hits of 1977, including the anthemic “Feels Like the First Time” and “Cold as Ice,” both of which were anchored — like most of Foreigner’s songs — by the muscular but traditional riffing of guitarist Mick Jones, the soaring vocals of Lou Gramm, and the state-of-the-art rock production values of the day, which allowed the band to sound hard but polished. As pure rock craftsmanship goes, Foreigner was as good as it got in the late ’70s.