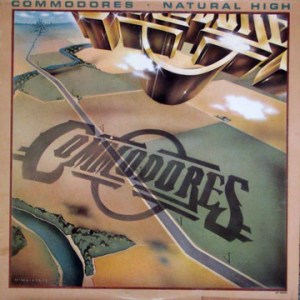 This vintage Motown pressing has the kind of Tubey Magical Midrange that modern records rarely even BEGIN to reproduce. Folks, that sound is gone and it sure isn’t showing signs of coming back. If you love hearing INTO a recording, actually being able to “see” the performers, and feeling as if you are sitting in the studio with the Commodores, this is the record for you. It’s what vintage all analog recordings are known for — this sound.

What separates the best copies from the also-rans is more than just rich, sweet, full-bodied sound. The better copies make Lionel’s voice more palpable — he’s simply more of a solid, three dimensional, real presence between the speakers. You can hear the nuances of his delivery much, MUCH more clearly on a copy that sounds as good as this does

What We’re Listening For on Natural High

Such A Woman
Say Yeah
I Like What You Do
Visions

But even if “Three Times a Lady” isn’t your cup of tea, Natural High still has a lot to offer R&B fans. “X-Rated Movie,” “Such a Woman,” and “I Like What You Do” are exhilarating examples of hardcore funk, and those who appreciate artists like Heatwave and the Brothers Johnson will find a lot to admire about “Fire Girl” and “Flying High” (both of which are sleek examples of the sophisticated funk style). Meanwhile, “Say Yeah” (featuring Richie) is a first-rate R&B slow jam. Whatever your opinion of “Three Times a Lady” — whether you love it or hate it — the fact is that Natural High has more plusses than minuses and was a generally respectable, if imperfect, addition to the Commodores’ catalog.