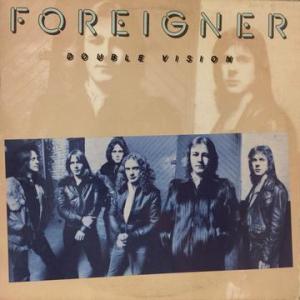 We haven’t played the latter in years; as I recall it was as lifeless and sucked-out in the midrange as most of the other MoFis of that period, notably The Doors (#051) and Trick of the Tail (#062). Is there any doubt that the new MoFi will be every bit as bad or worse? If any of our Hot Stamper customers have purchased the current release, I would be interested in hearing how you think it stacks up against this copy.

But those are qualities that are almost never found on audiophile Half-Speeds. The remastering of those records usually leaves them lifeless and compressed, with sloppy bass and recessed vocals. For some reason audiophiles — including the audiophiles who produce them — like that sound.

The sound of this pressing was jumping out of our speakers. Have you ever heard a Half-Speed do that? Almost never, and we’ve played them by the hundreds.

What We’re Listening For on Double Vision

Hot Blooded
Blue Morning, Blue Day
You’re All I Am
Back Where You Belong
Love Has Taken Its Toll

Foreigner promptly followed up its blockbuster debut with the equally successful Double Vision LP in 1978, which featured the FM mega-hits “Hot Blooded” and the driving title track. Opting not to mess with a good formula, the band wisely sticks to the polished hard rock sound that made its first record such a hit. Aside from the big singles, other highlights include the swaggering “Love Has Taken Its Toll” and the more restrained “Blue Morning, Blue Day.” As always, Lou Gramm’s impeccable rock vocals lead the way, supported by Mick Jones’ tasteful, arena-sized guitar riffs.

The hard rock group that made a multiplatinum debut last year follows up with another spirited collection of rock’n’roll that perhaps should stand as a model for competitors, so strong is the material. The six-man ensemble of noted English and American musicians has found a successful formula for combining driving rock with a sense of melody and lyrical precision.

Guitarist/keyboardist/vocalist Mick Jones has sharpened his writing skills so greatly that they contain more melody and are custom made for the outstanding vocals of Lou Gramm. The rich, textured vocals and harmonies are striking as are the guitar and bass Iines. Keith Olsen moves in as producer here (along with Jones and guitarist Ian McDonald) and draws all of Foreigner’s intensity. Best cuts: “Hot Blooded,” “Double Vision,” “Blue Morning, Blue Day,” “Back Where You Belong,” “I Have Waited So Long,” “Tramontane.”