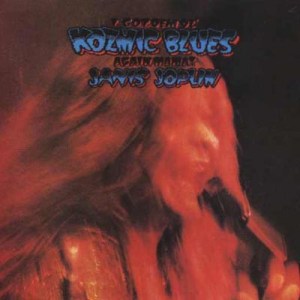 Few other copies had this combination of openness and transparency on the one hand, and full, rich tonality on the other.

What the Best Sides Of I Got Dem Ol’ Kozmic Blues Again Mama! Have To Offer Is Not Hard To Hear

What We’re Listening For On I Got Dem Ol’ Kozmic Blues Again Mama!

Fronting the short-lived Kozmic Blues Band, the arrangements are horn heavy and the material soulful and bluesy… “Try” is one of her best soul outings, and the reading of Rodgers & Hart’s “Little Girl Blue” is inspired.

Janis Joplin was REAL, a true rock star. Probably too real for this phony world. In addition, she was an artist, with edges unsmoothed, which is one of the things that made her so real. On this, her first solo album, she works in various styles, with songs from diverse sources, and gives us a sampling of the talent she had, and could have developed further, if circumstances had been different.

“Try” starts off simmering, then moves continually forward & upward in intensity, and ends by rocking like nobody’s business. “Maybe” is a basic torch song, and Janis and her band give it the good soul treatment. “One Good Man” is late night blues, with some blistering guitar licks. “As Good As You’ve Been To This World” continues in the same “juke joint” music vein, and it bears a message: “It’s gonna come right back to you, babe.” “To Love Somebody” is the best version of this song that I have ever heard, including the BeeGees original. “Little Girl Blue” is a standard written by the very show-biz team of Rodgers and Hart; but, complete with strings, an amazing vocal by Janis and a busy, alternate melody played on guitar, it is probably the most beautiful track she ever recorded. At the other end of the spectrum are 2 very somber tracks, “Kozmic Blues” and “Work Me, Lord”. On these Janis explores some of those unavoidable and insoluble problems that we all face – time’s inevitable march, loneliness, despair, the search for meaning in life and for a feeling of self-worth.

We’ve been mourning the loss of Janis since her death in 1970. She seems to be irreplaceable. Other female artists (Pat Benatar, Melissa Etheridge, Joss Stone, Duffy) have talents similar to those of Janis, and have made good names for themselves in the world of pop-rock music; but none personifies an era the way Janis did, and still does.