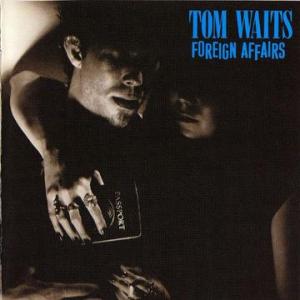 And the outstandingly good sound? Credit Bones Howe, a man who knows Tubey Magic like practically no one else in the world. The Association, The Mamas and the Papas, The Fifth Dimension, and quite a few Tom Waits albums — all their brilliant recordings are the result of Bones Howe’s estimable talents as producer and engineer.

What the best sides such as these have to offer is not hard to hear:

What We Listen For on Foreign Affairs

Tom Waits’ fifth album for Asylum foreshadowed changes that would alter his career over the next six years. It signals a musical restlessness that fueled his next two records (Blue Valentine and Heartattack and Vine), and resulted in his writing a film score and leaving the label for Island, where he was given greater artistic control. He leans less on comic relief here and more on fully formed story songs. The album contains more ballads than most of his records do, but they were the most effective vehicles for the kind of storytelling he was trying to get to.

Foreign Affairs is one of the most unjustifiably overlooked titles in Waits’ catalog. It holds its appeal — and sounds less dated — than many of his more popular entries.